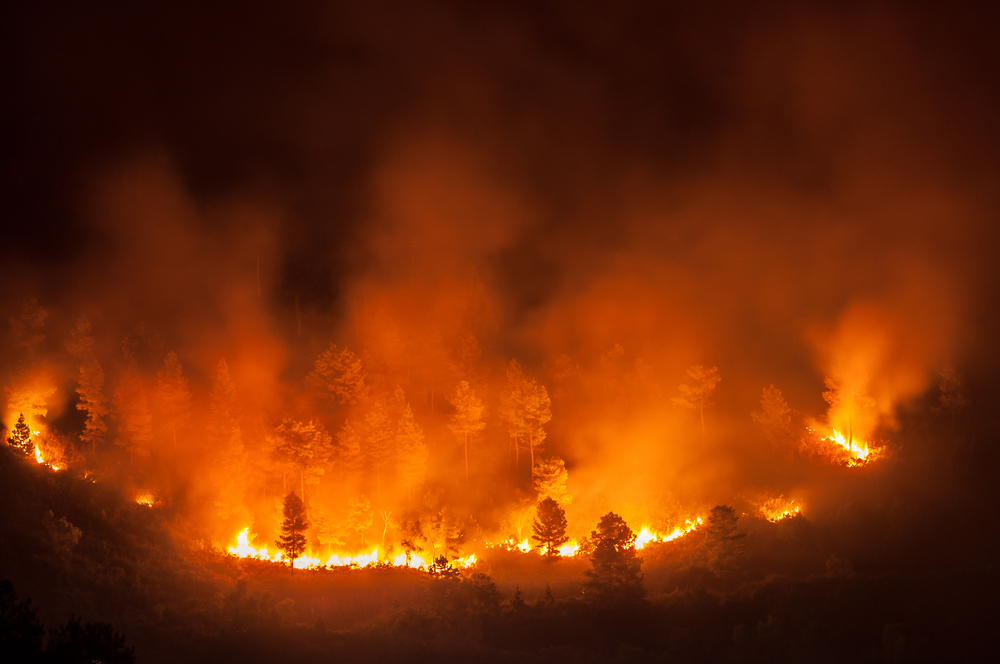 Miramichi Fire About 1/3 of the homes in Fredericton were destroyed, but the main devastation was 100 miles (160 km) to the northeast commencing from Bas Caraquet. The preceding summer was a particularity hot one, with bush fires common. On the evening of October 7, 1825, the firestorm roared through Newcastle, New Brunswick (now part of the City of Miramichi), and in less than 3 hours reduced the town of 1,000 people to ruins – of 260 original buildings, only 12 remained. Only 6 of 70 buildings survived in the adjacent village of Douglastown. The fire similarly destroyed other communities, including Moorefield, Napan, and Black River Bridge. Chatham, Nelson, and Doaktown escaped the fire. The cause of the blaze is not known, but it was likely by humans.
About 160 people died in and around Newcastle, including prisoners in the Newcastle Jail. Elsewhere, the totals were likely higher, given the number of lumbermen in the forests at the time (about 3000). To escape the blaze many residents took refuge with livestock and wildlife in the Miramichi River.
In total the fire(s) consumed almost 16,000 km² (about 1/5 of New Brunswick’s forests). The blaze has been partly attributed to unusually hot weather in the summer and fall of 1825, coupled with outdoor fires by settlers and loggers