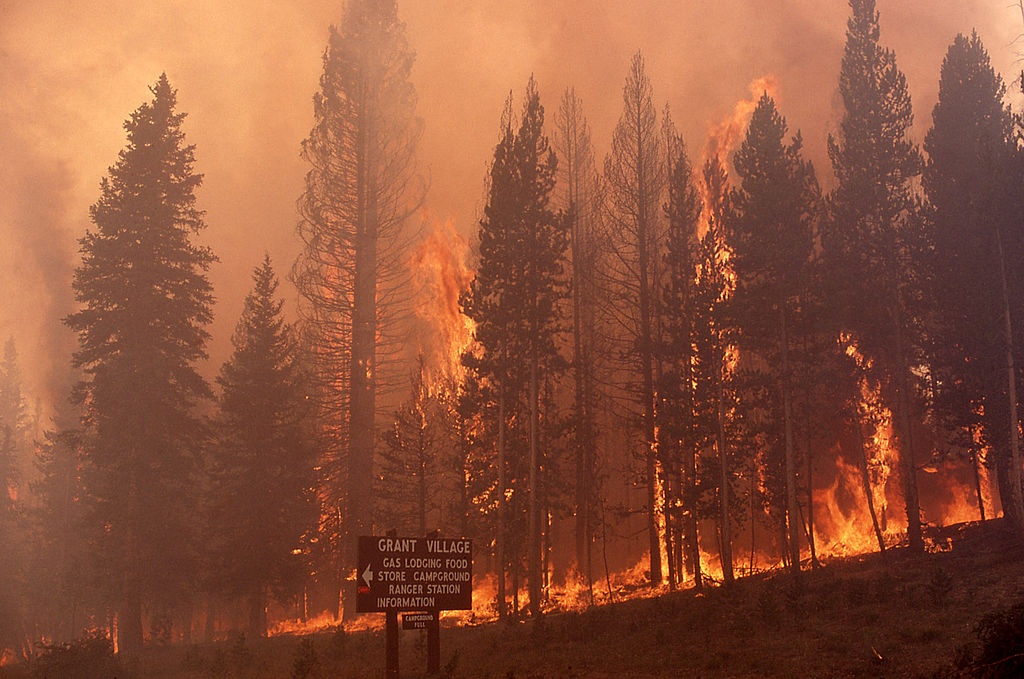 Also known as the “Summer Of Fire,” the disaster in Yellowstone National Park started out as many small fires until wind and drought brought the flames together to form one massive fire that burned for several months. Overall, 793,880 acres of the park were damaged.

The Yellowstone fires of 1988 collectively formed the largest wildfire in the recorded history of Yellowstone National Park in the United States. Starting as many smaller individual fires, the flames quickly spread out of control due to drought conditions and increasing winds, combining into one large conflagration which burned for several months. The fires almost destroyed two major visitor destinations and, on September 8, 1988, the entire park closed to all non-emergency personnel for the first time in its history. Only the arrival of cool and moist weather in the late autumn brought the fires to an end. A total of 793,880 acres (3,213 km2), or 36 percent of the park was affected by the wildfires.

Thousands of firefighters fought the fires, assisted by dozens of helicopters and fixed-wing aircraft which were used for water and fire retardant drops. At the peak of the effort, more than 9,000 firefighters were assigned to the park. With fires raging throughout the Greater Yellowstone Ecosystem and other areas in the western United States, the staffing levels of the National Park Service and other land management agencies were inadequate for the situation; more than 4,000 U.S. military personnel were soon brought in to assist in wildfire suppression efforts. The firefighting effort cost $120 million ($260 million in 2020). Losses to structures were minimized by concentrating firefighting efforts near major visitor areas, keeping property damage down to $3 million ($6 million as of 2020). No firefighters died while fighting the Yellowstone fires, though there were two fire-related deaths outside the park.