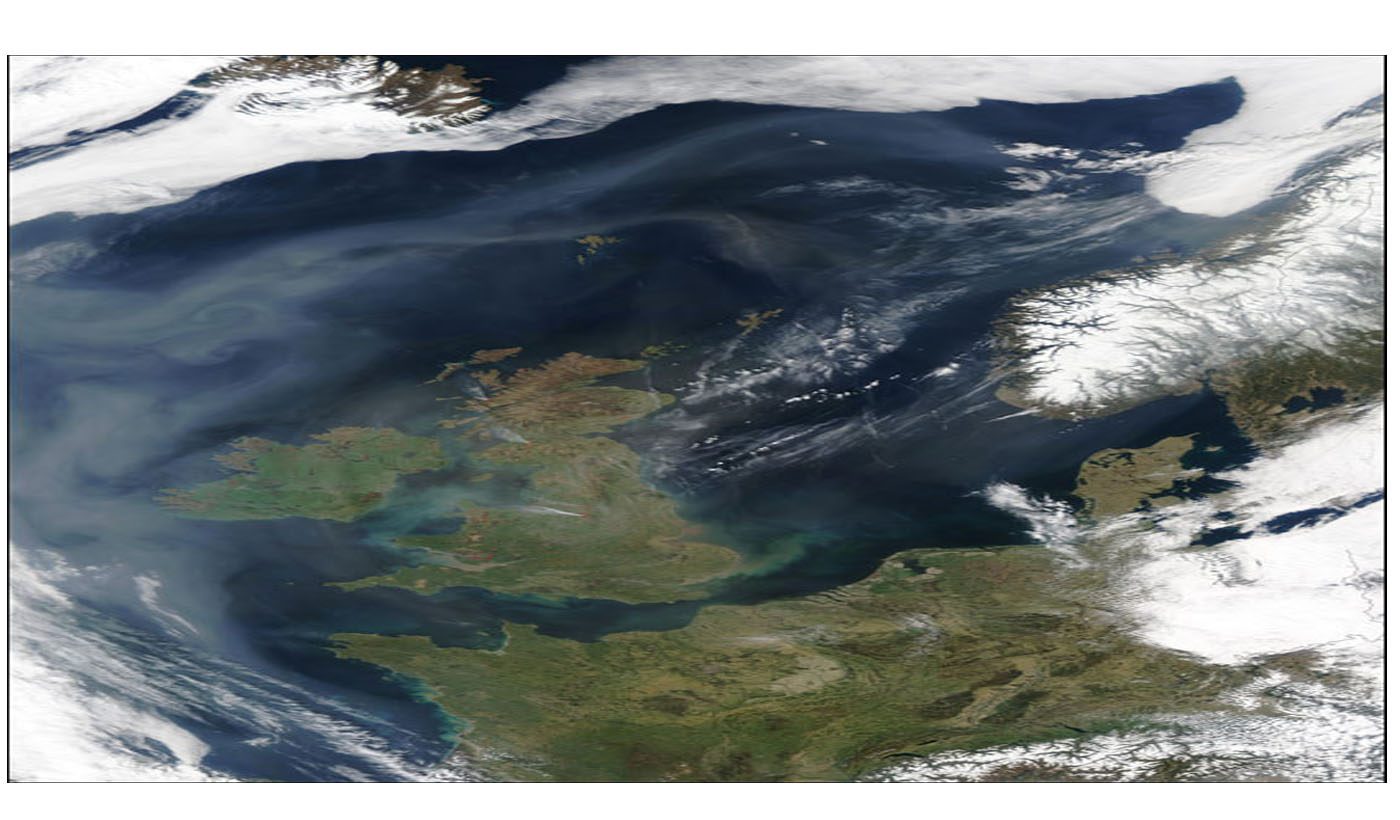 On April 18, 2003, African Dust Reaches Northern Europe a mixture of dust from the Sahara Desert, air pollution, and smoke lingers over the Atlantic Ocean (left). This image shows numerous fires (red dots) burning in the United Kingdom (left of center) and the Republic of Ireland (farther left). A few scattered fires are burning in other parts of the image. This image was acquired by the Moderate Resolution Imaging Spectroradiometer (MODIS) on the Aqua satellite.

Northern Europe is the geographical region in Europe roughly north of the southern coast of the Baltic Sea Therefore which is about 54°N. Narrower definitions may be based on other geographical factors such as climate and ecology. A broader definition would include the area north of the Alps. Countries which are central-western (such as Belgium and Switzerland), central (such as Austria) or central-eastern (such as Hungary and Poland) are not usually considered part of either Northern or Southern Europe.

Historically, when Europe was dominated by the Roman Empire, everything not near the Mediterranean region was termed Northern European, including southern Germany, all of the Low Countries, and Austria. This meaning is still used today in some contexts, for example, discussions of the Northern Renaissance. African Dust Reaches Northern Europe often this time of year. Although storm season comes with storms and intense weather, the northern Europe area is beautiful.