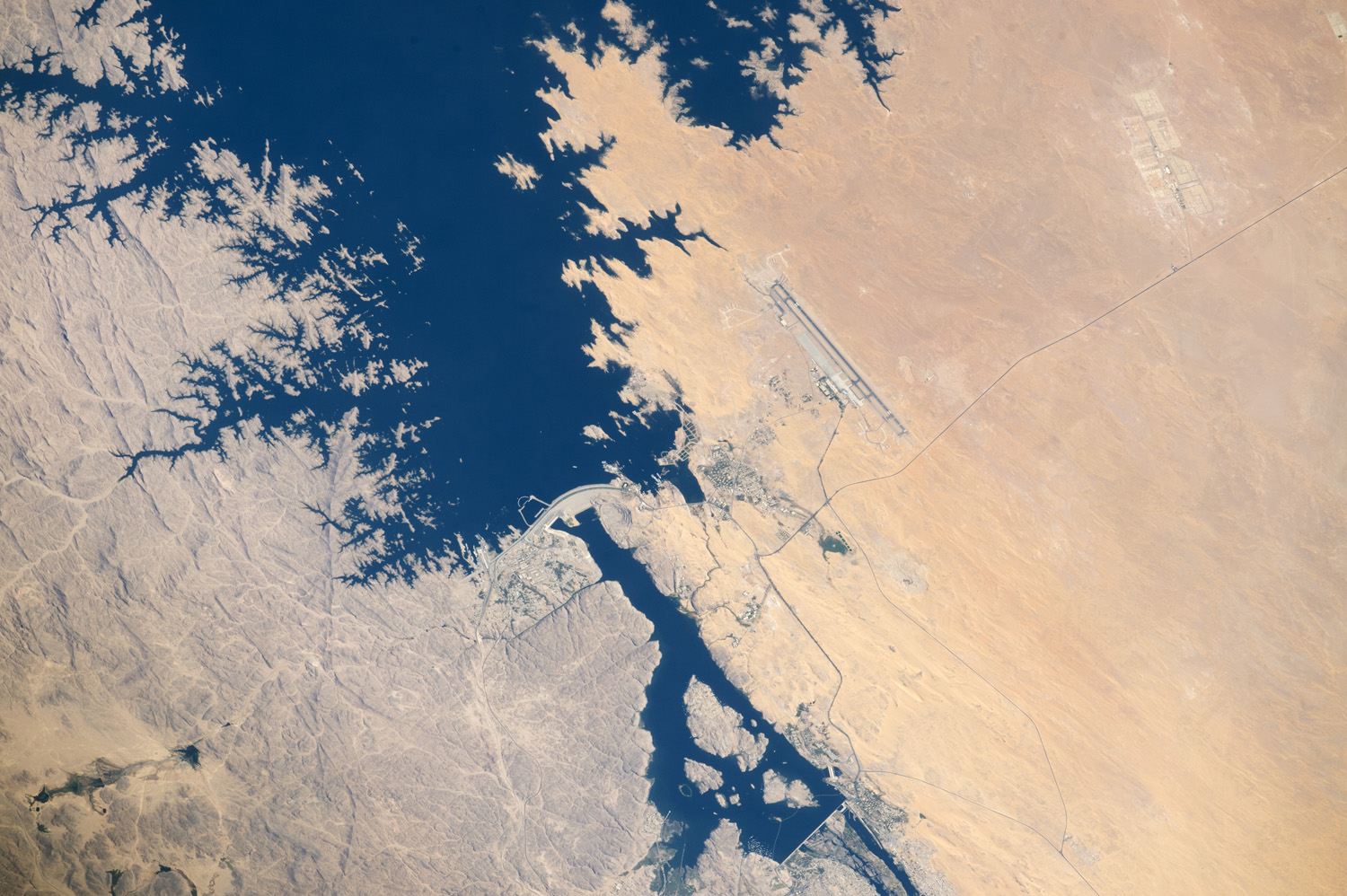 Astronauts aboard the International Space Station used a high magnification lens to capture the details of the Aswan High Dam on the River Nile in southern Egypt.  This vast engineering project was started in 1960 and completed in 1970, and it is one of the largest earthen embankment dams in the world at 3,830 meters (12,565 feet) long and nearly 1,000 meters (3,281 feet) wide.

Aswan High Dam holds back 132 cubic kilometers (31.7 cubic mile) of water in Lake Nasser. Hydropower generated at the dam wall provides 2.1 gigawatts—which was fully half of Egypt’s needs in 1970—giving numerous villages access to electricity for the first time. The dam virtually eliminated the danger of floods downstream in the Nile Valley, which has had both positive and negative effects downstream.

The highly indented shoreline of 550 kilometer-long (340 mile) Lake Nasser is a familiar sight to astronauts. Building the new reservoir necessitated the relocation not only of nearly 100,000 residents, but also of four famous archaeological sites that were later reconstructed in sites above the lake level. The tourist road that passes near the airstrip (image right) leads to the massive rock temple of Abu Simbel (outside the image), built by Pharaoh Ramses II in the 13th century BCE. The temple was reassembled above the shoreline of Lake Nasser.

Aswan International Airport lies due west of the dam, near the settlement that hosts Aswan University. Note that north is to the lower right in this photograph.