California is in a state of severe drought • Earth.com 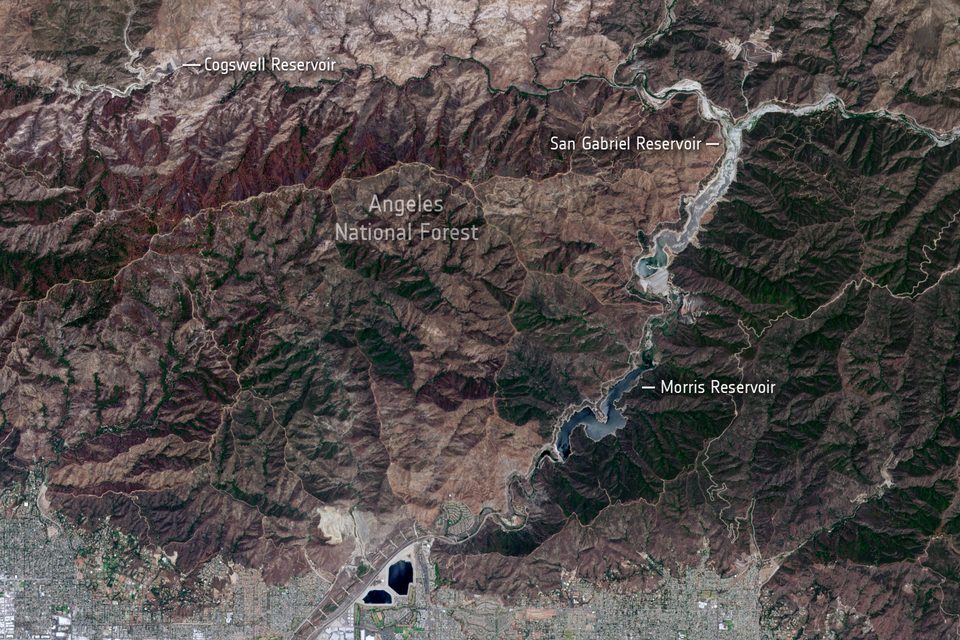 California is in a state of severe drought Today’s Image of the Day from the European Space Agency features a shocking look at drought conditions in California.

According to ESA, vast swathes of the western U.S. are experiencing extremely dry conditions, the likes of which haven’t been seen there since 1977.

California recently recorded its driest February in 150 years and 95 percent of the state is now in a state of severe drought.North America is a continent entirely within the Northern Hemisphere and almost all within the Western Hemisphere. It can also be described as the northern subcontinent of the Americas. It is bordered to the north by the Arctic Ocean, to the east by the Atlantic Ocean, to the southeast by South America and the Caribbean Sea, and to the west and south by the Pacific Ocean. Because it is on the North American Tectonic Plate, Greenland is included as part of North America geographically. North America covers an area of about 24,709,000 square kilometers (9,540,000 square miles), about 16.5% of the Earth’s land area and about 4.8% of its total surface. North America is the third-largest continent by area, following Asia and Africa, and the fourth by population after Asia, Africa, and Europe.

The Angeles National Forest has turned brown and is highly susceptible to fire. Water reservoirs are about 50% lower than they should be at this time of year.

The image was captured on June 12, 2021 by the Copernicus Sentinel-2 mission.