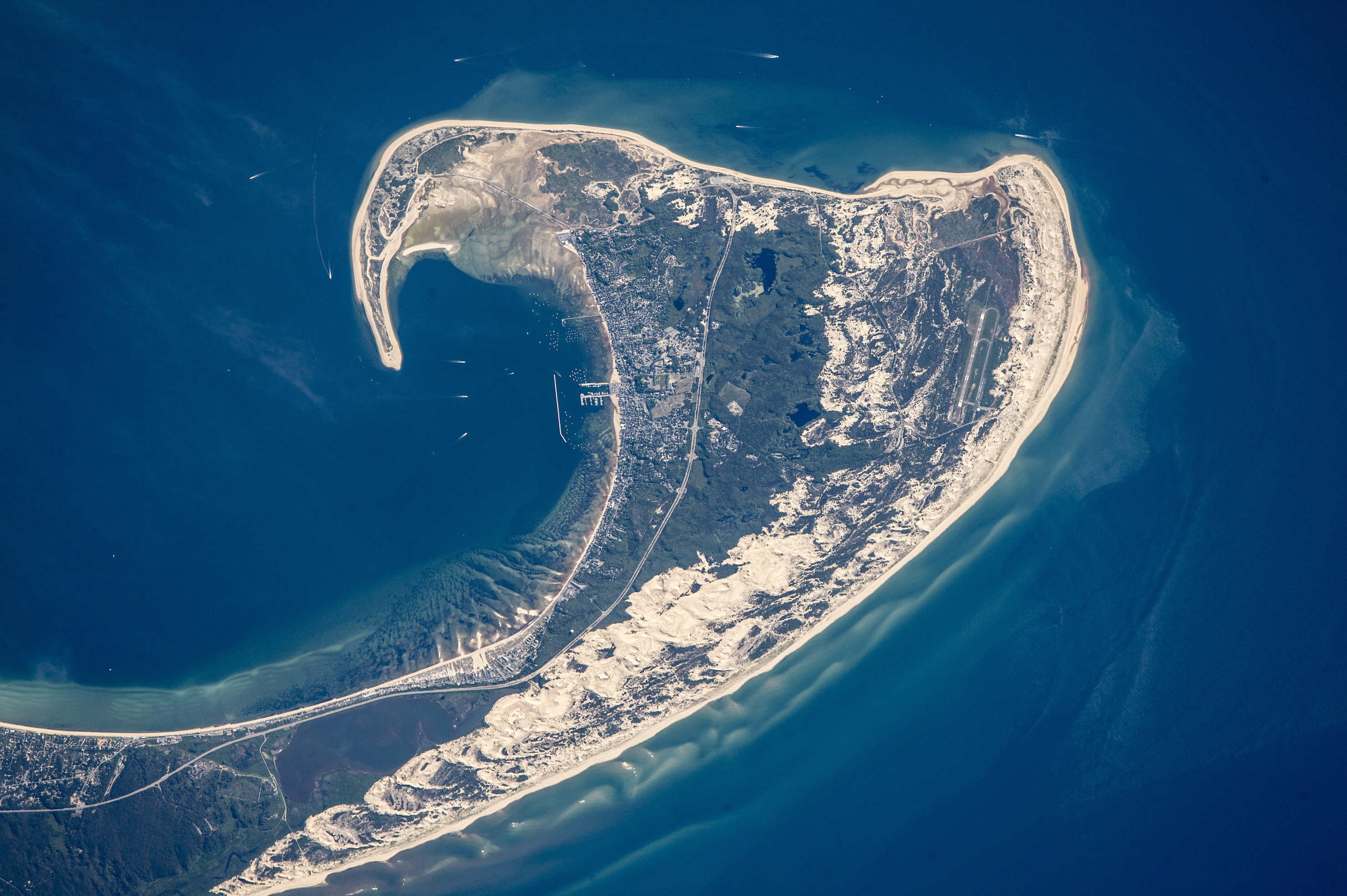 This photo was taken by an astronaut on board the International Space Station and shows the northern tip of Cape Cod.

Cape Cod, Massachusetts Stretches into the Atlantic Featured here are 8.5 miles of its full 65-mile length. Cape Cod is one the the largest barrier islands in the world, protecting harbor cities like Provincetown, as well as the southeastern Massachusetts coast.

The beige-colored areas that line the bottom of the cape are sand dunes that have been blown up by westerly winds.

Cape Cod is a geographic cape extending into the Atlantic Ocean from the southeastern corner of mainland Massachusetts, in the northeastern United States. Its historic, maritime character and ample beaches attract heavy tourism during the summer months.

As defined by the Cape Cod Commission‘s enabling legislation, Cape Cod is conterminous with Barnstable County, Massachusetts. It extends from Provincetown in the northeast to Woods Hole in the southwest, and is bordered by Plymouth to the northwest.

Since 1914, most of Cape Cod has been separated from the mainland by the Cape Cod Canal. The canal cuts 7 miles (11 km) roughly across the base of the peninsula, though small portions of the Cape Cod towns of Bourne and Sandwich lie on the mainland side of the canal. Two highway bridges cross the Cape Cod Canal: the Sagamore Bridge and the Bourne Bridge. In addition, the Cape Cod Canal Railroad Bridge carries railway freight and provides limited passenger service onto the Cape. The Cape is divided into fifteen towns, several of which are in turn made up of multiple named villages.