A peek behind the evolution of carnivorous plants • Earth.com

A peek behind the evolution of carnivorous plants 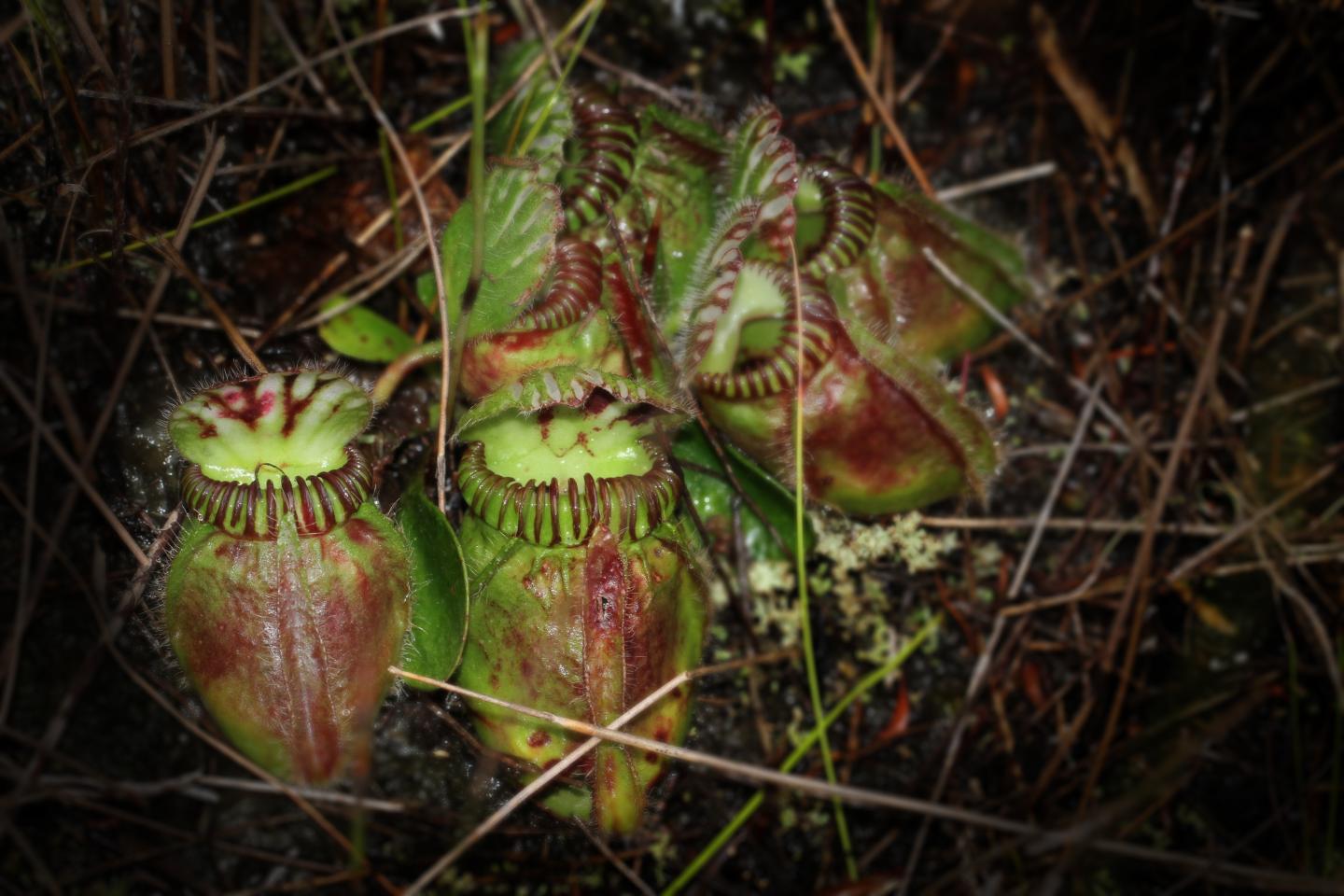 It can be hard to imagine that a beautiful, bright green plant could be capable of gobbling up another animal. But meat-eating plants like the Australian pitcher plant do exactly that by drawing small insects into a vessel-like organ where special enzymes digest its prey. Now, a team of researchers have set out to study the genetics of the pitcher plant and trace the evolution of carnivorous plants.

The team, led by Victor Albert of the University of Buffalo, New York reported their findings in a report published in Nature Ecology and Evolution.

According to their research, carnivory in plants evolved as a means of overcoming nutrient-scarce soil and capturing nitrogen and phosphorous from their prey.

The team examined the molecular structure of Australian pitcher plants that have both flat leaves and pitcher leaves, which resemble teeth. Upon sequencing the genomes, they found that genes are activated differently between the two.

Then, the researchers identified 35 different proteins in the digestive cocktails of several carnivorous plants. A number of these proteins are used by other flowering plants to fight off pathogens, but the Australian pitcher plant repurposes the enzymes to digest insects.

The results also showed that the genes in distantly related carnivorous plants have a common evolutionary origin. Many of these genes evolved independently to alter the configuration of the enzymes they encode. Albert and his colleagues believe the mutations help to stabilize the enzymes in the digestive fluid.

The results of the study help to illustrate how convergence can take place all the way down to a molecular level.