Cloud Across The Sea Of Okhotsk 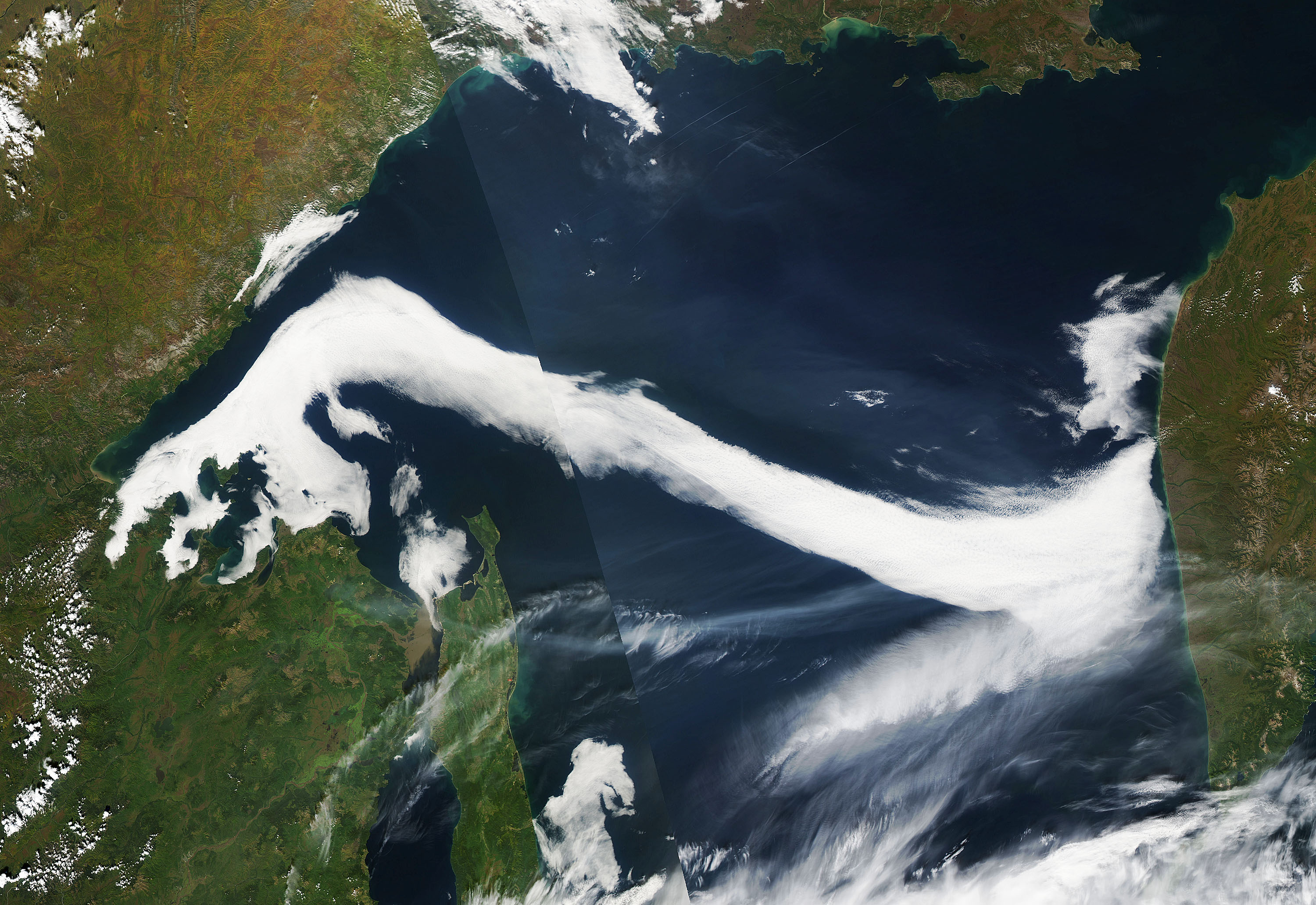 Cloud Across The Sea Of Okhotsk A large and persistent bank of low clouds (fog) stretched across the Sea of Okhotsk from Kamchatka to Khabarovsk Krai, Russia in mid-September, 2015.

The Sea of Okhotsk is the northwestern arm of the Pacific Ocean, covering about 611,000 square miles (1,583,000 sq. km) between mainland Russia, Kamchatka Peninsula, the Kuril Islands, Sakhalin Island and, to the far south, the island of Hokkaido, Japan. Its waters are very biodiverse, with a rich assortment of fish, mammals and birds calling the region home. It is an important fishery for Russia, and also has attracted interest in its potential reserves of oil and natural gas.

Despite its economic importance, the Sea has stayed relatively pristine due, in large part, to difficulty gaining access to its treasures. Dangerous ice floes fill the waters in winter time,while heavy fog is common in the summer months and early fall.

The Moderate Resolution Imaging Spectroradiometer (MODIS) aboard NASA’s Aqua satellite captured this true-color image of the broad bank on September 16 as it passed overhead. This image is a mosaic – a combination of parts of several images – which allows a broader view of the region. In this case, data from two five-minute swaths captured at 2:00 and 2:15 UTC (10:15 to 10:20 EDT) were combined with swaths captured on Aqua’s next orbit across the region at 3:55 and 4:00 UTC (11:55 p.m. to midnight EDT) to create this single image.