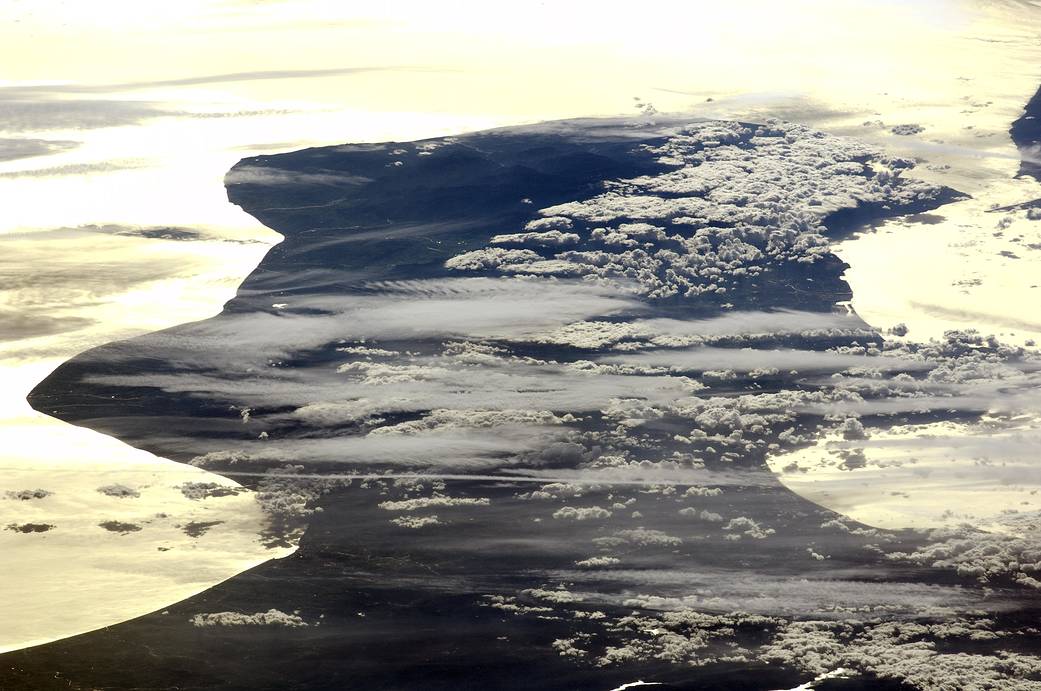 This astronaut photograph shows Clouds and Sunlight in the Calabria region of southern Italy–the toe of Italy’s “boot”. Therefore outlined by the Ionian and Tyrrhenian Seas to the southeast and northwest, respectively. The water appears almost mirror-like due to sun light.  Also This phenomenon is caused by sunlight reflecting off the water surface directly back towards the observer aboard the International Space Station (ISS). The ISS was located over northwestern Romania, to the northeast of Calabria, when this image was taken.

The Calabrian Peninsula appears shortened and distorted due to the extreme sideways viewing angle from the ISS. Such a perspective is termed oblique. Also as opposed to a nadir view, in which the astronaut is looking directly downwards towards the Earth’s surface from the ISS. This highly oblique view also highlights two distinct cloud patterns over the Calabrian interior. Patchy, highly textured cumulus clouds are present at lower altitudes. And while grey altostratus clouds are stretched out by prevailing winds at higher altitudes. The Strait of Messina, just visible at image upper right, marks the boundary between the coastline of Italy and the island of Sicily.