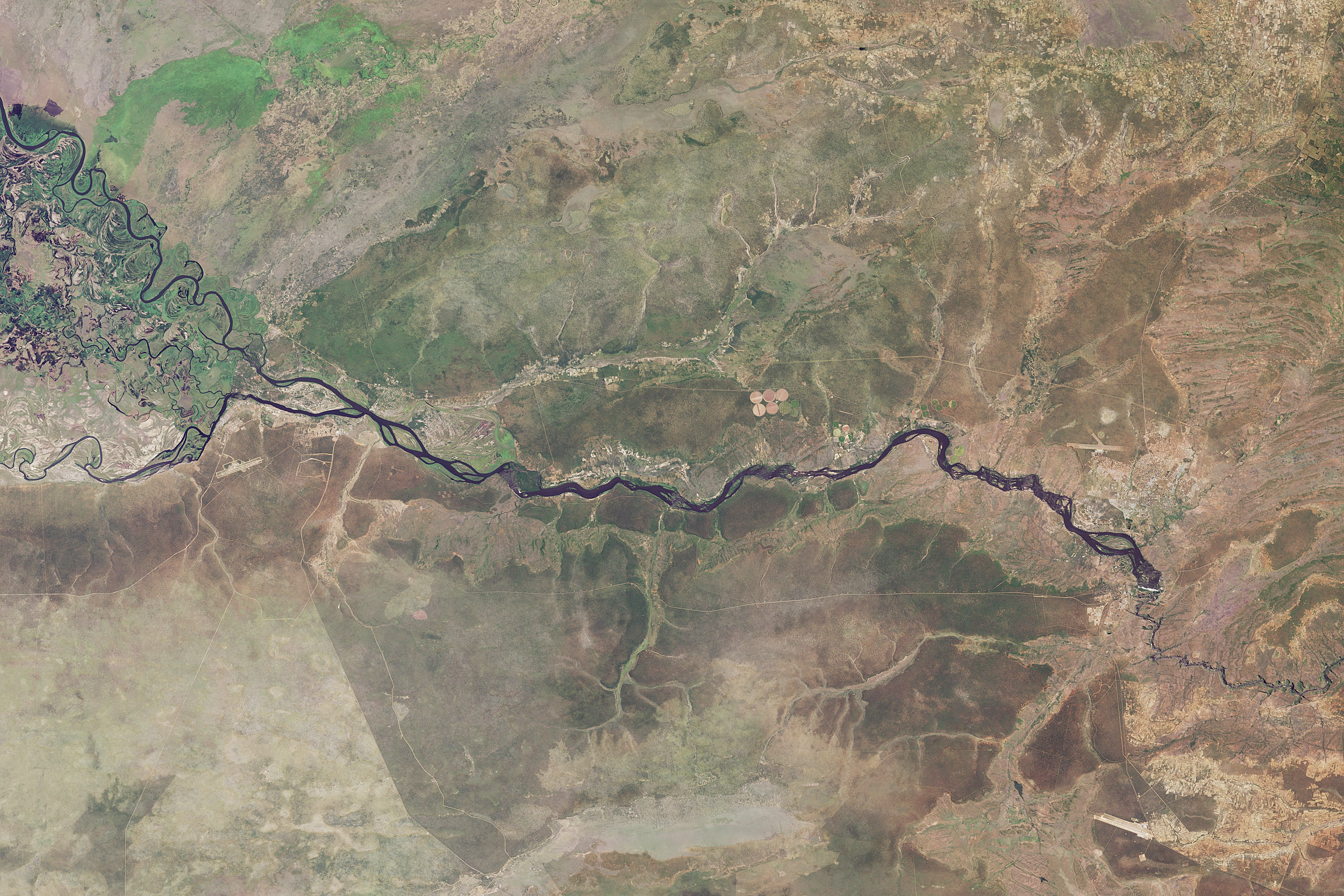 While the precise number of international “tripoints” is difficult to determine because of political disputes, a United Nations registry lists 176 places where the borders of three countries meet. With sixteen, China has the highest number of tripoints for one country. Remarkably, Austria has nine tripoints despite its relatively small size.

Perhaps the world’s most notable tripoints fall in the middle of the Zambezi River, near the borders of Botswana, Namibia, Zambia, and Zimbabwe in southern Africa. The area features a unique “double tripoint,” with the two tripoints separated by about 150 meters (490 feet). The two tripoints are shown on this satellite image of the Zambezi River, which was captured by the Operational Land Imager (OLI) on Landsat 8. Namibia, Botswana, and Zambia come together at a westerly point in the river; Zambia, Zimbabwe, and Botswana come together at the easterly point. The borders shown above come from a data set maintained by the U.S. State Department’s Humanitarian Information Unit.

The borders in this area have generated controversy over the years. In 1970, for instance, South Africa (which used to control Namibia) claimed that all four countries came together in a quadripoint and questioned whether Zambia had a right to operate a ferry between Botswana and Kazungula, Zambia. More recently officials in Zimbabwe have resisted a plan agreed upon by Botswana and Zambia to replace the ferry with a bridge on the grounds that the bridge would go through Zimbabwean territory. Nevertheless, the target date for completion of the bridge is 2018.