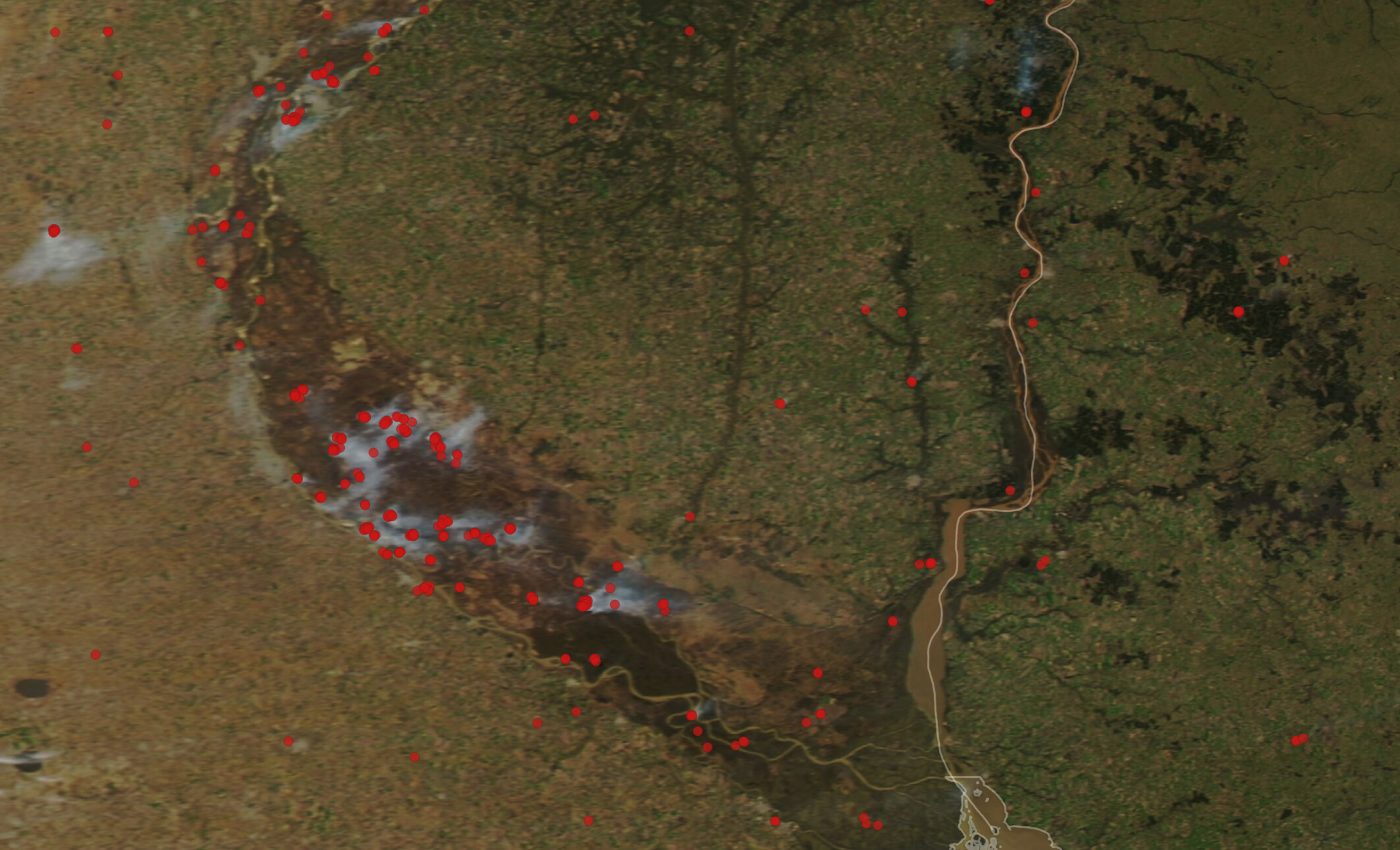 Today’s Image of the Day from NASA Earth Observatory shows an outbreak of large fires in the Paraná River delta near Rosario, a port city in Argentina.

Drought has impacted the river since early this year and low water levels are causing major problems, including an increase in fire activity.

The fires have destroyed habitats and filled the city of Rosario with smoke for weeks.

Ships have been forced to reduce their cargo in order to navigate the Paraná River, and Argentina’s grain sector has suffered hundreds of millions of dollars in losses.

Patricia Kandus of the Universidad Nacional de San Martín said that many of the fires appeared to have been set intentionally, and dry conditions have made it easier for fires to escape and burn out of control.

“Fires have been historically used in this region to provide pasture. They are also widely used in the islands to hunt wild animals, as well as to clear vegetation cover to carry out land reclamation and diking constructions for agriculture and tree planting projects.”

The Paraná River Basin received some rain this month, but is not expected to make a full recovery until the wet season arrives in October, according to NASA.