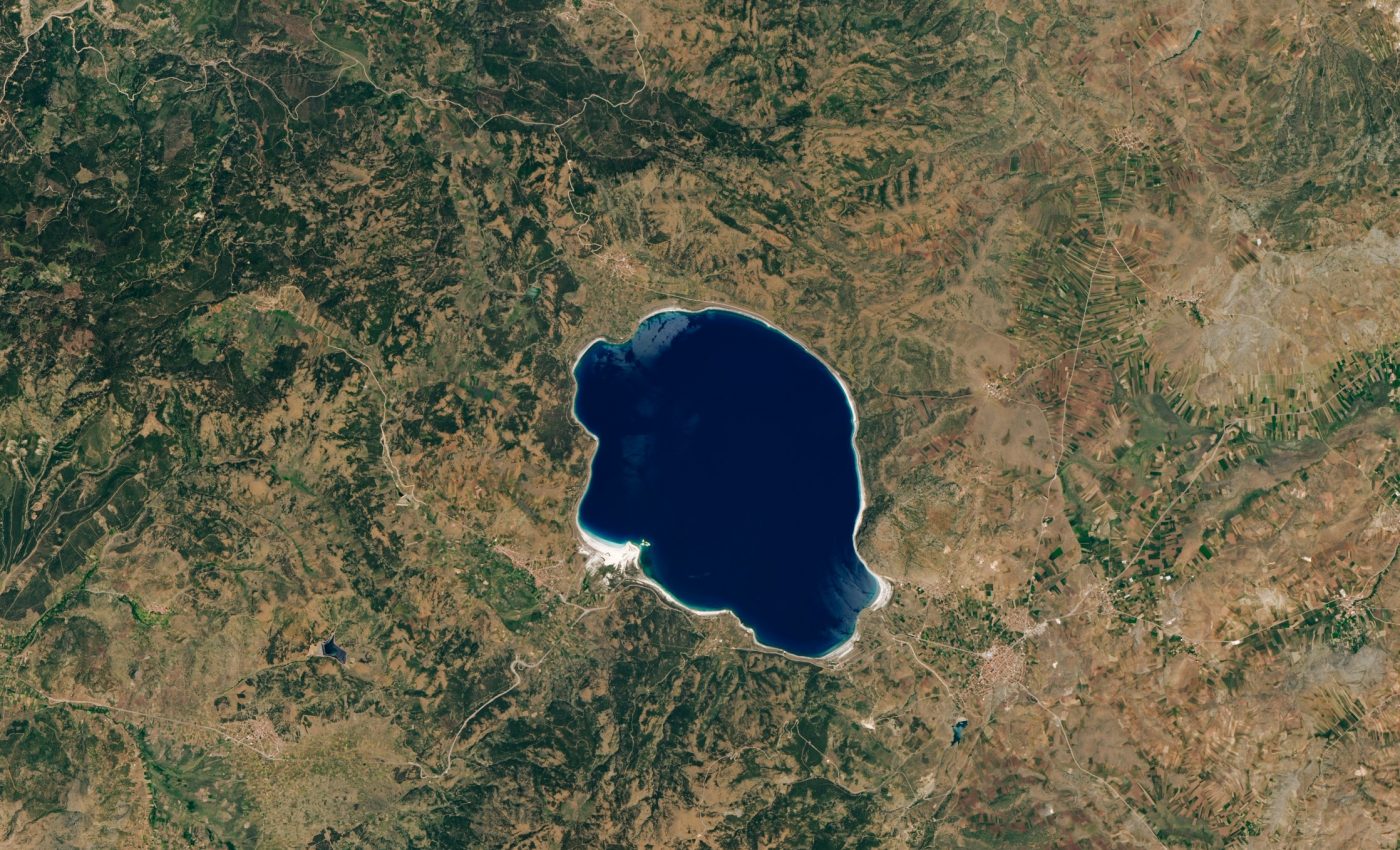 Today’s Image of the Day from NASA Earth Observatory features Lake Salda in Turkey, which shares many similarities with an ancient lake on Mars.

Jezero is a 28-mile wide impact crater located on Mars that once contained a lake.

Scientists are studying Lake Salda to help guide the Mars 2020 mission, which will use the Perseverance rover to search for signs of past life in the Jezero Crater.

“One of the great things about visiting Lake Salda is it really gives you a sense of what it would have been like to stand on the shores of ancient Lake Jezero,” said Briony Horgan, who is a planetary scientist at Purdue University and a member of the Perseverance science team.

Recently, Horgan and her team discovered that carbonate minerals may have formed in Lake Jezero using data from NASA’s Mars Reconnaissance Orbiter (MRO).

“Carbonates are important because they are really good at trapping anything that existed within that environment, such as microbes, organics, or certain textures that provide evidence of past microbial life,” said Purdue graduate student Brad Garczynski.

“But before we go to Jezero, it is really important to gain context on how these carbonates form on Earth in order to focus our search for signs for life.”

According to NASA, Lake Salda is the only known lake on Earth that contains the carbonates and depositional features similar to those found at Jezero Crater.

“A lot of our work at Lake Salda is already helping to determine which deposits are most promising to go visit on Mars,” said Horgan. “We’re excited to do the same kind of work that we were doing at Lake Salda, but now with our instruments on the ground at Jezero.”

This image of Lake Salda was captured on June 8, 2020 by the Operational Land Imager (OLI) on Landsat 8.