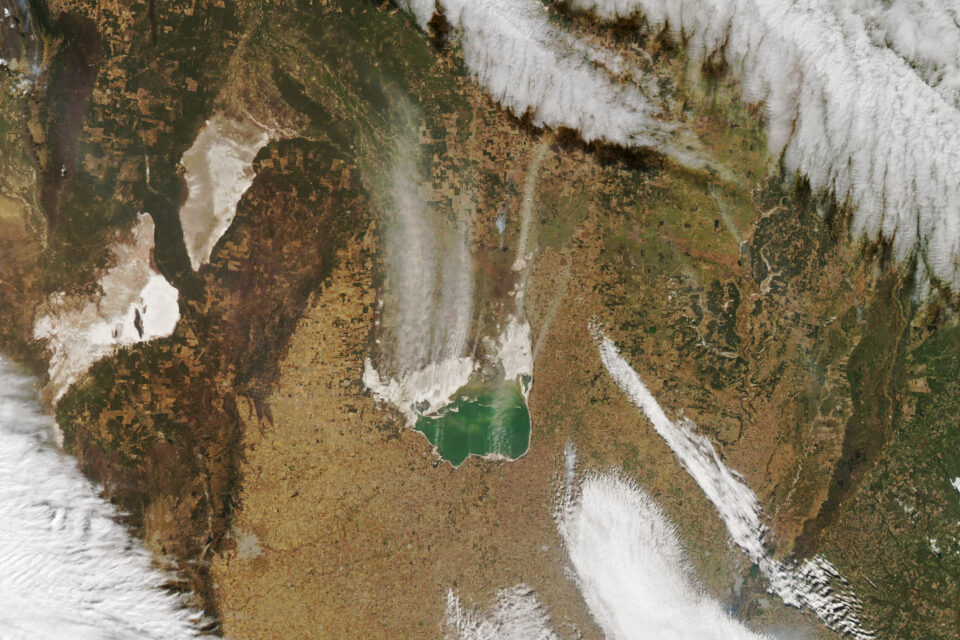 Today’s Image of the Day from NASA Earth Observatory features Mar Chiquita in central Argentina, where water levels have become much lower than they were in past decades. The shallow lake is naturally variable.

According to experts, dwindling water levels in the lake are most likely due to ongoing rain and drought cycles.

“The exposed salt flats are a large source of dust in the region,” explains NASA. “Researchers using satellites to track the frequency of dust storms near the lake recorded an average of 10 to 20 events per month during the winter, typically the windiest and dustiest season.”

“Mar Chiquita dust storms include high concentrations of salt, raising concerns that the storms could damage soils around the lake through a process called sodification, making soil less productive for farmers. Crops grown in this area include corn, wheat, soybeans, and sunflowers.”

However, a recent study from the National University of Córdoba suggests that rain and wind dilute the salt to levels that are not generally damaging to soil.

“In most areas around the lake, the amount of soluble sodium carried by dust and deposited in soils was low compared to the amount already present in the soils,” explained study lead-author Laura Borda. However, the fields very close to Mar Chiquita were an exception. “These areas received much stronger doses of salt, likely enough to harm the productivity of the soil.”