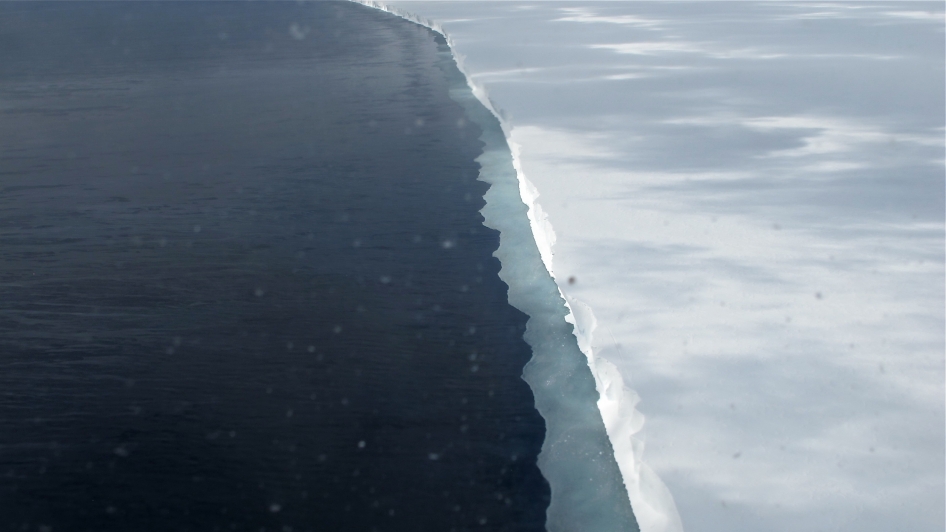 Edge of the Ross Ice Shelf seen from the NASA P-3 on the return flight from McMurdo Station on Nov. 28, 2013. Credit: NASA / Jim Yungel

Most of Ross Ice Shelf is in the Ross Dependency claimed by New Zealand. It floats in, and covers, a large southern portion of the Ross Sea and the entire Roosevelt Island located in the west of the Ross Sea.

The ice shelf is named after Sir James Clark Ross, who discovered it on 28 January 1841. It was originally called “The Barrier”, with various adjectives including “Great Ice Barrier”, as it prevented sailing further south. Ross mapped the ice front eastward to 160° W. In 1947, the U.S. Board on Geographic Names applied the name “Ross Shelf Ice” to this feature and published it in the original U.S. A