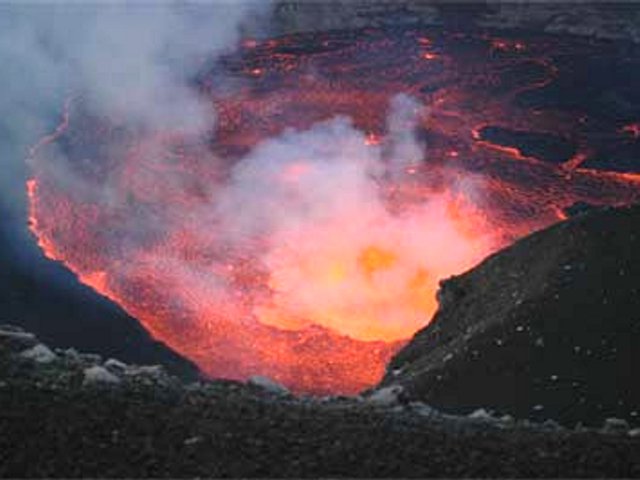 The air around Grand Comore Island is thick with gases and particles from the eruption of  Karthala Volcano. The island is located in the Western Indian Ocean, Northwest of Madagascar and East of the coastlines of Tanzania and Mozambique. It is a part of the Union of the Comoros, an independent nation that consists of a group of 3 islands that are formerly colonies of France gently sloping sides.

Karthala is very active and has erupted at least 20 times since the early 1800Â´s. The image seen here was acquired on November 25, 2005, one day after the eruption began. This is the second eruption by Karthala this year; it spewed volcanic ash and debris during April of 2005. No casualties have been reported (and confirmed) to date. Therefore early reports of several deaths appear to have been made in error. However, in addition to causing villagers to flee, the eruptions can contaminate the local water supply. Also well as disrupt the local food supply: crops and livestock typically cannot be evacuated.