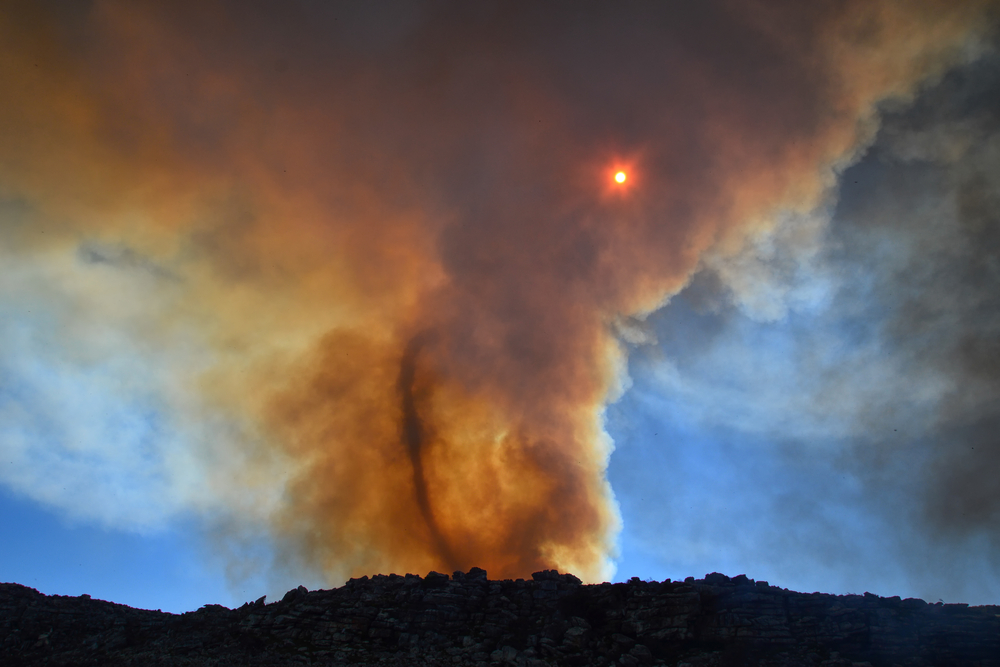 As if tornadoes were not scary enough, nature decided it needed to create one out of fire! At that point, it no longer matters whether it’s a category 1 or category 5 fire tornado, the advice is the same: RUN!

A fire whirl, also commonly known as a fire devil  is a whirlwind induced by a fire and often (at least partially) composed of flame or ash. These start with a whirl of wind, often made visible by smoke, and may occur when intense rising heat and turbulent wind conditions combine to form whirling eddies of air. These eddies can contract a tornado-like vortex that sucks in debris and combustible gases.

The phenomenon is sometimes mislabeled a firenado, fire swirl, or fire twister, but these are a separate phenomenon where a fire has such intensity that it generates an actual tornado. (This phenomenon was first verified in the 2003 Canberra bushfires and has since been verified in the 2018 Carr Fire in California and 2020 Loyalton Fire in California and Nevada.) Fire whirls are not usually classifiable as tornadoes as the vortex in most cases does not extend from the surface to cloud base. Also, even in such cases, those fire whirls very rarely are classic tornadoes, as their vorticity derives from surface winds and heat-induced lifting, rather than from a tornadic mesocyclone aloft.