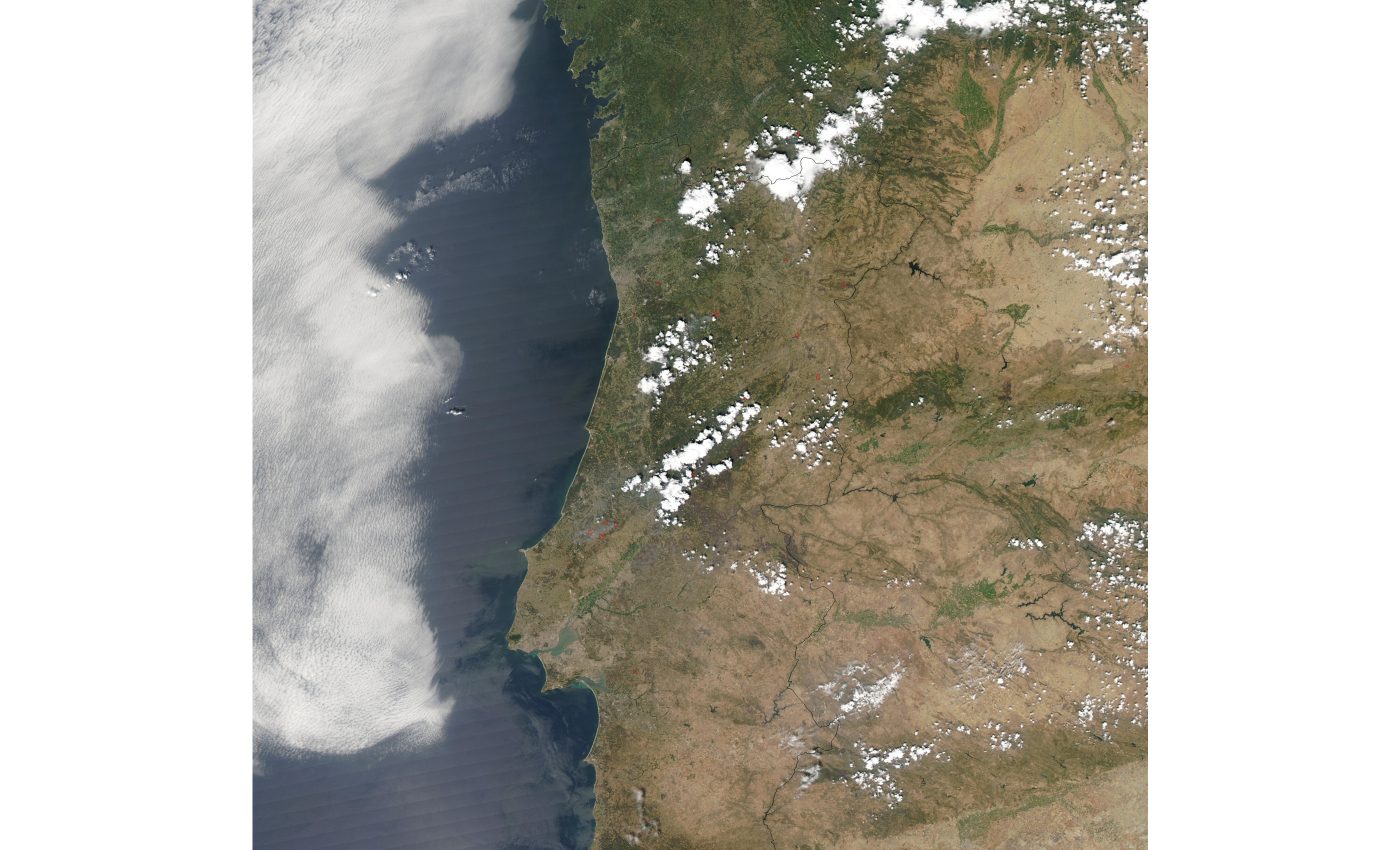 Firefighters in Portugal have brought most of the severe fires that were plaguing the country over the last week under control, but high temperatures, gusty winds, and the threat of electrical storms this coming weekend mean the danger has not yet passed, and a few of the fires still burning (marked with red dots in this image) are proving difficult to contain. This image of the fires was captured by the Moderate Resolution Imaging Spectroradiometer (MODIS) on the Aqua satellite on August 7, 2003. Fires are scattered across northern Portugal (left) and Spain (right), while a large burn scar is evident in central Portugal (see false-color image).

Portugal is the oldest nation state on the Iberian Peninsula and one of the oldest in Europe and the world, its territory having been continuously settled, invaded and fought over since prehistoric times. The pre-Celtic people, Iberians, Celts, Carthaginians and Romans were followed by the invasions of the Visigoths and Suebi Germanic peoples. After the Muslim conquests of the Iberian Peninsula, most of the territory was part of Al-Andalus for several centuries. Portugal as a country was established during the early Christian Reconquista. Founded in 868, the County of Portugal gained prominence after the Battle of São Mamede in 1128. The Kingdom of Portugal was later proclaimed following the Battle of Ourique in 1139, and independence from León was recognised by the Treaty of Zamora in 1143