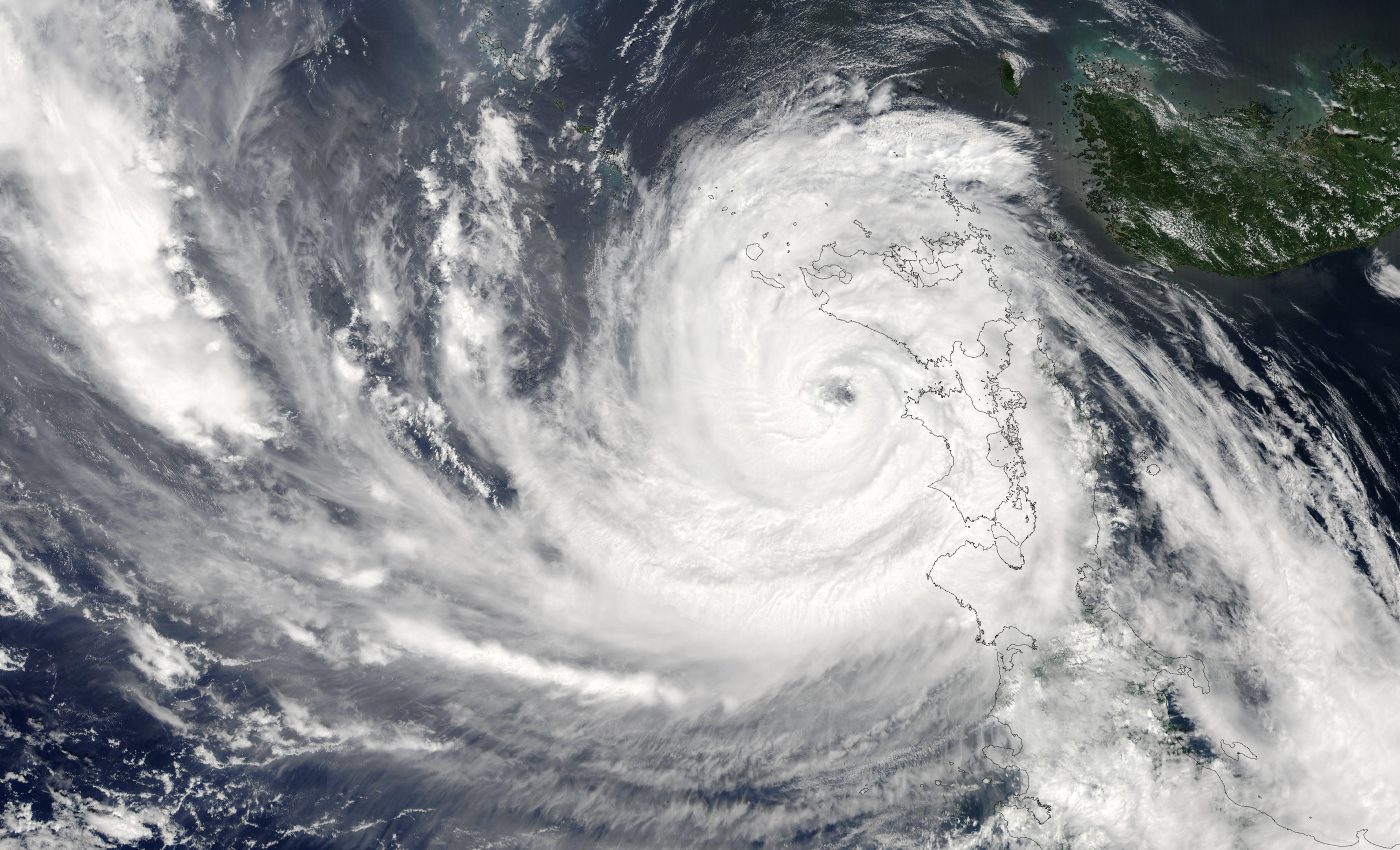 The MODIS instrument on NASA’s Aqua spacecraft captured this bird’s-eye view of Typhoon Etau as it was battering Kyushu, the southernmost of Japan’s four main islands, with torrential rains and strong winds. At the time of this image Etau was packing sustained winds of 90 kilometers per hour and was expected to dump as much as 70 cm (27 inches) of rain over the next 24 hours over southern Japan. Etau means “storm cloud” in the language of the Pacific island Palau.

Typhoon Etau, known in the Philippines as Typhoon Kabayan, produced near-record winds and rainfall in Japan in August 2003. The tenth named storm and fifth typhoon of the 2003 Pacific typhoon season, Etau developed on August 2, and gradually intensified while moving to the northwest. Etau formed an eye and became a large storm by the time it approached Okinawa on August 7. The typhoon attained peak winds of 155 km/h (100 mph) before weakening slightly while turning to the northeast. Etau made landfall on the Japanese island of Shikoku on August 8, and later moved across portions of Honshu and Hokkaido. After weakening to tropical storm status, the cyclone became extratropical on August 9 and dissipated three days later. Typhoon Etau (11W) Over Japan has caused massive damage with high wind chills. Therefore While passing northeast of the Philippines, the typhoon caused light damage in the archipelago. The eye crossed over Okinawa, where Etau left 166,800 people without power and caused 10 injuries. Also Near where Etau first struck Japan, Muroto reported a peak wind gust of 166 km/h (103 mph). Therefore at the time the third strongest on record there. Therefore you will notice in the image above. Also the typhoon has caused massive amounts of damage too.