Fires and Smoke in Eastern Asia 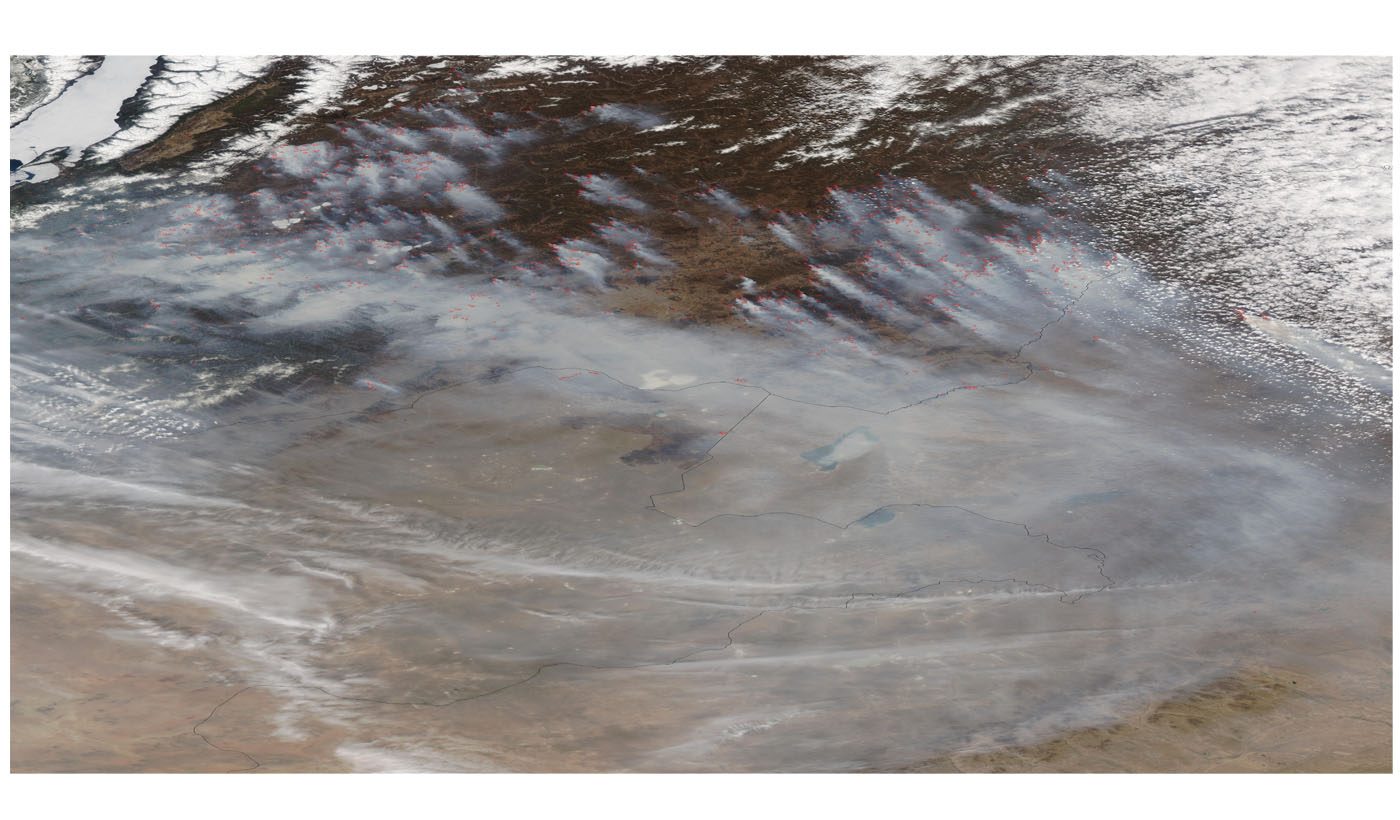 Southeast of Lake Baikal (top left corner), scores of fires are burning across southern Russia on May 7, 2003. This Moderate Resolution Imaging Spectroradiometer (MODIS) image from the Aqua satellite shows active fires marked with red dots. The fires are producing rivers of smoke which extend far to the south into China and have spread eastward over the Pacific Ocean.

Historically, societies in East Asia have been part of the Chinese cultural sphere. Also East Asian vocabulary and scripts are often derived from Classical Chinese and Chinese script. The Chinese calendar preserves traditional East Asian culture and serves as the root to which many other East Asian calendars are derived from. Major religions in East Asia include Buddhism (mostly Mahayana Buddhism which came via trade routes from India. Confucianism and Neo-Confucianism, Taoism, Ancestral worship, and Chinese folk religion in Greater China, Buddhism and Shintoism in Japan, and Christianity, Buddhism, and Sindoism in Korea.Shamanism is also prevalent among Mongols and other indigenous populations of northern East Asia such as the Manchus. Therefore Fires and Smoke in Eastern Asia are a commo thing to happen during storm season.