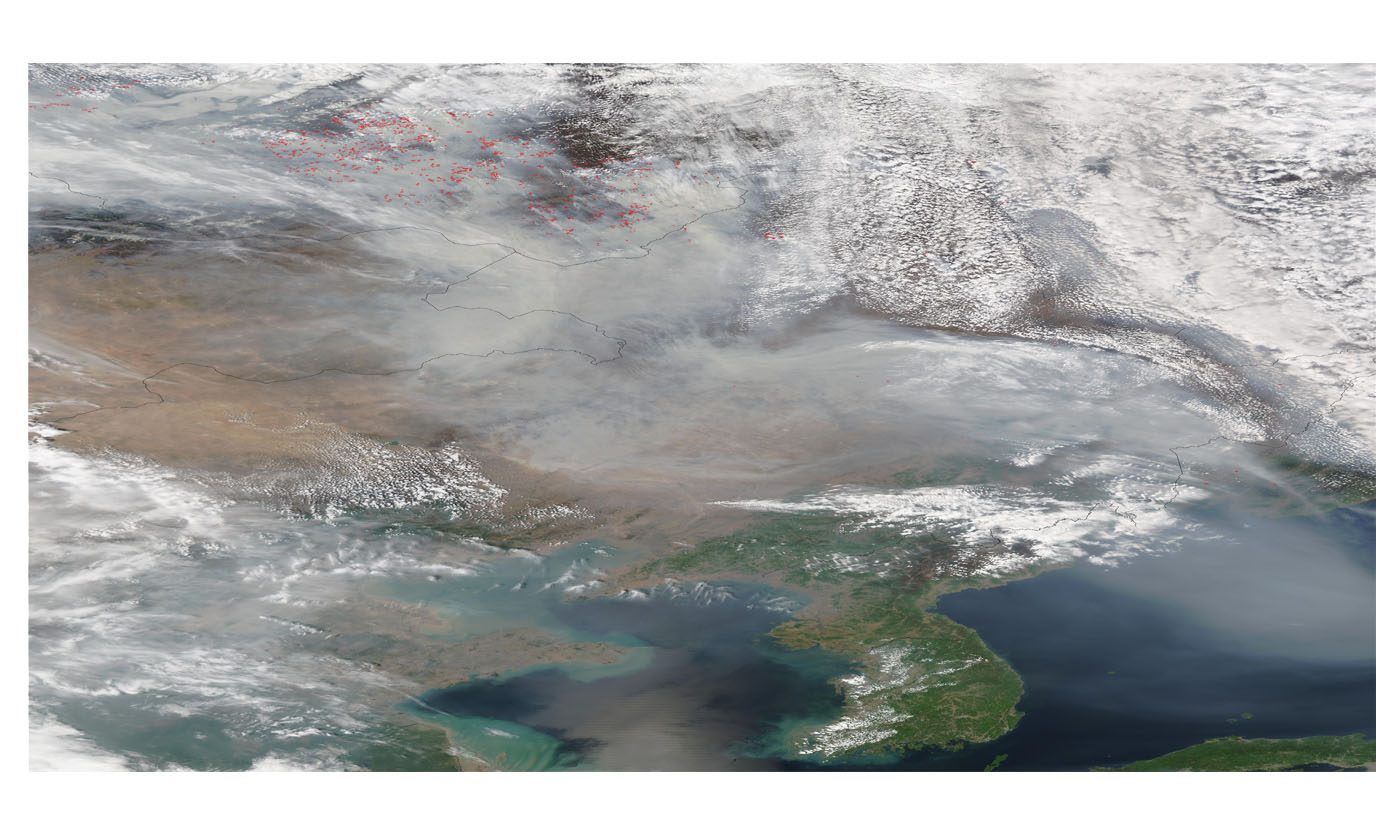 Fires burning across and smoke from Russian fires across northeast china are choking the skies with thick smoke in this Moderate Resolution Imaging Spectroradiometer (MODIS) image from the Aqua satellite on May 9, 2003. Large numbers of fires (detected by MODIS and marked with red dots) are burning in the terrain around Lake Baikal (top left). They are spreading plumes of smoke southward hundreds of miles over China and the Korean Peninsula. At bottom left, some of the haze may be from air pollution.

Northeast China, also known by other names, is a geographical region of China. It usually corresponds specifically to the three provinces of Liaoning, Jilin, and Heilongjiang but is sometimes also meant to encompass the northeasternmost prefectures of Inner Mongolia. The heartland of the region is the Northeast China Plain. It is separated from Far Eastern Russia to the north by the Amur, Argun, and Ussuri rivers; from North Korea to the south by the Yalu and Tumen Rivers; and from China’s Inner Mongolian Autonomous Region to the west by the Greater Khingans.

Due to the shrinking of its once-powerful industrial sector and decline of its economic growth, the region is often referred to as the Rust Belt in China. As the result, a campaign named Northeast Area Revitalization Plan has been launched by the State Council of the People’s Republic of China, in which five prefecture-level cities of eastern Inner Mongolia, namely Xilin Gol, Chifeng, Tongliao, Hinggan, and Hulunbuir, are also formally defined as regions of the Northeast