Fires and Smoke Near Yakutsk, Russia 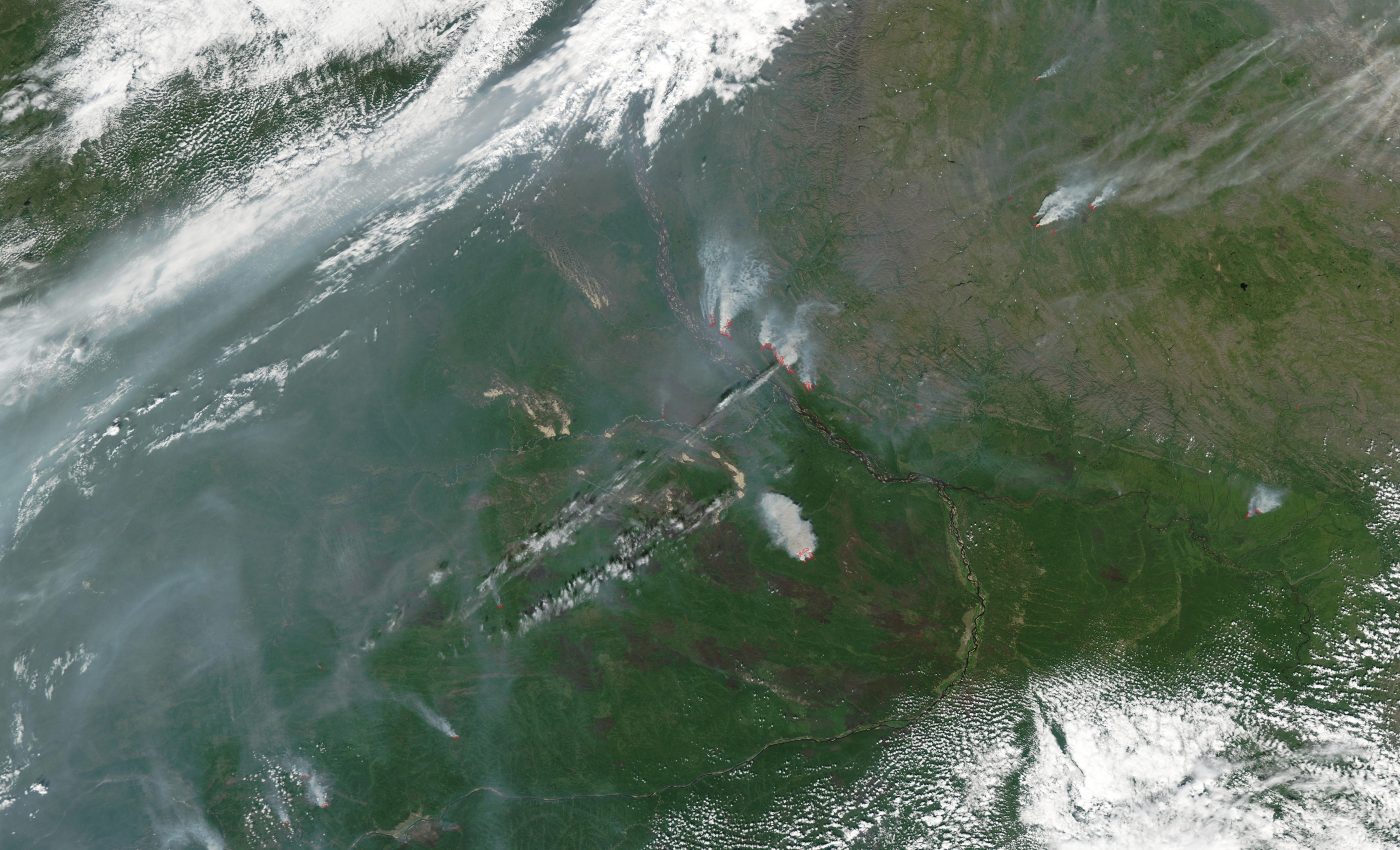 Huge, charcoal-colored burn scars stand out amid the green vegetation in central Russia near the Lena River. The Lena flows into the scene at bottom left and heads northeastward through the bottom of the image. At a sharp bend, the Lena heads north through the eastern portion of the Central Siberian Plateau. The channel of the river takes on a braided appearance in this section. In this Moderate Resolution Imaging Spectroradiometer (MODIS) image from the Aqua satellite on July 22, 2003, several large fires were detected by MODIS and are marked with red dots. The large amounts of smoke being produced by the fires could be due to burning peat—the thick layer of richly organic soil that occurs in northern ecosystems.

The East Slavs emerged as a recognizable group in Europe between the 3rd and 8th centuries AD. Founded and ruled by a Varangian warrior elite and their descendants, the medieval state of Rus arose in the 9th century. In 988 it adopted Orthodox Christianity from the Byzantine Empire, beginning the synthesis of Byzantine and Slavic cultures that defined Russian culture for the next millennium. Rus ultimately disintegrated into a number of smaller states; most of the Rus’ lands were overrun by the Mongol invasion and became tributaries of the nomadic Golden Horde in the 13th century. The Grand Duchy of Moscow gradually reunified the surrounding Russian principalities and achieved independence from the Golden Horde. By the 18th century, the nation had greatly expanded through conquest, annexation, and exploration to become the Russian Empire, which was the third largest empire in history, stretching from Poland on the west to Alaska on the east.