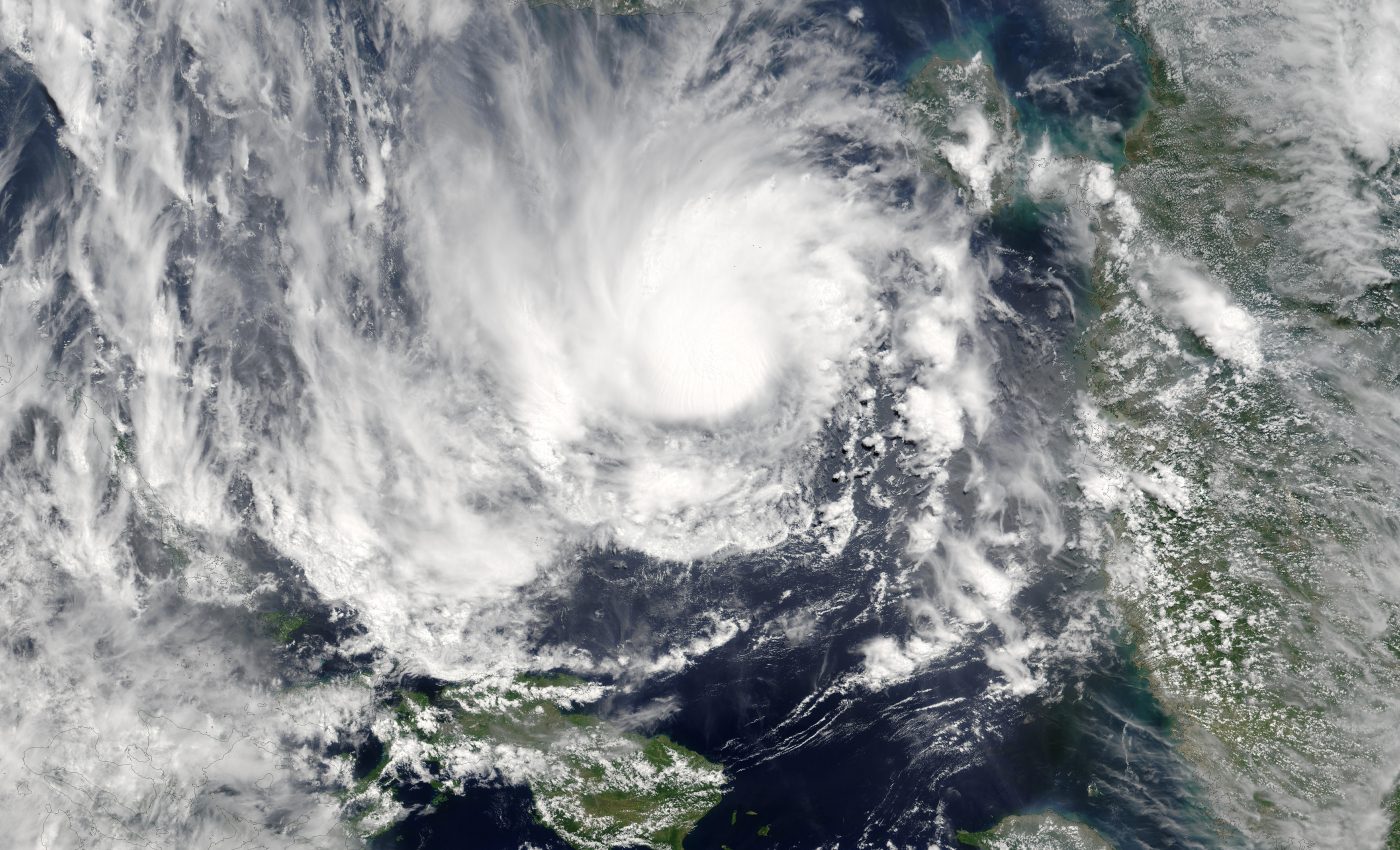 Typhoon Koni (08W) off China and Vietnam. This Moderate Resolution Imaging Spectroradiometer (MODIS) image shows Typhoon Koni approaching southern China and the island of Hainan on July 20, 2003. The storm was predicted to move northwest, and as of July 21 had sustained winds of 75 mph, with gusts up 92. Archaeological excavations indicate that Vietnam was inhabited as early as the Paleolithic age. The ancient Vietnamese nation was annexed by China in the 2nd century BC, which subsequently made Vietnam a division of China for over a millennium. The first independent monarchy emerged in the 10th century AD. This paved the way for successive imperial dynasties as the nation expanded geographically southward until the Indochina Peninsula was colonised by the French in the mid-19th century.

China, officially the People’s Republic of China (PRC or PR China), is a country in East Asia and the world’s most populous country, with a population of around 1.404 billion in 2017. Covering approximately 9,600,000 square kilometers (3,700,000 sq mi), it is the third or fourth largest country by total area. Governed by the Communist Party of China, the state exercises jurisdiction over 22 provinces, five autonomous regions, four direct-controlled municipalities (Beijing, Tianjin, Shanghai, and Chongqing), and the special administrative regions of Hong Kong and Macau.