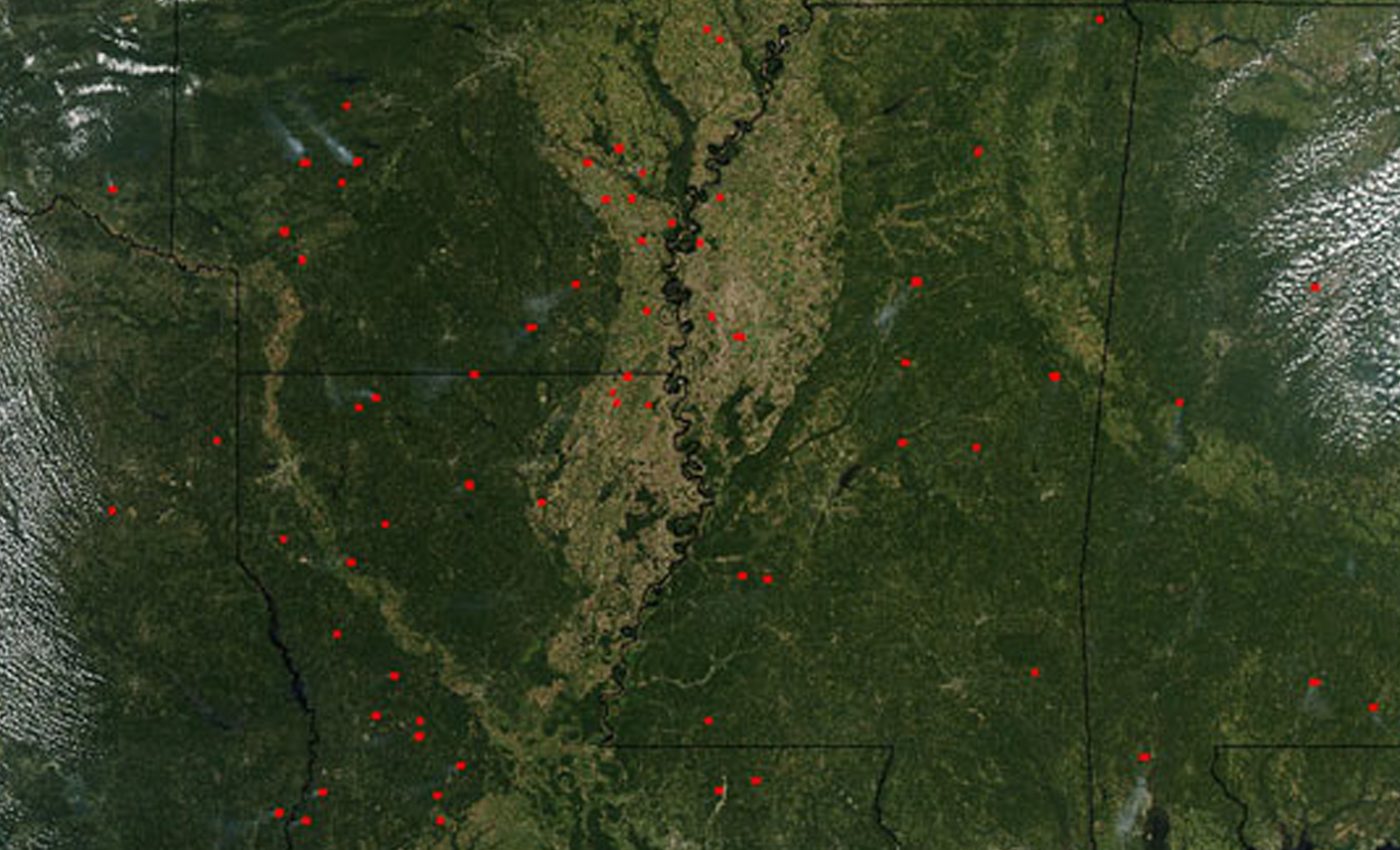 Fires in Mississippi Valley. What they lack in drama, the fires in the Southeast U.S. make up for in numbers each year. There are more fires in the Mississippi Valley, the Plains and the Southeast every year than there are out West, but they are generally much smaller and do not gain the attention of the national news media. This image captured by the Moderate Resolution Imaging Spectroradiometer (MODIS) on the Aqua satellite on September 16, 2003, shows dozens of actively burning fires (red dots) in the states east and west of the Mississippi River Plain, which cuts vertically through the image. States shown include (bottom row, left to right) Texas, Louisiana, Mississippi, and Alabama. North of Louisiana, numerous fires are burning in Arkansas. Left and right of Arkansas are Oklahoma and Tennessee, respectively. Across the top (left to right) are Kansas, Missouri, Illinois, and Kentucky. The vegetation that is spread over the region is showing little sign of the approaching autumn equinox.
The high-resolution image provided above is 500 meters per pixel. The MODIS Rapid Response System provides this image at MODIS’ maximum spatial resolution of 250 meters.