Dust Storms Over Afghanistan and Pakistan 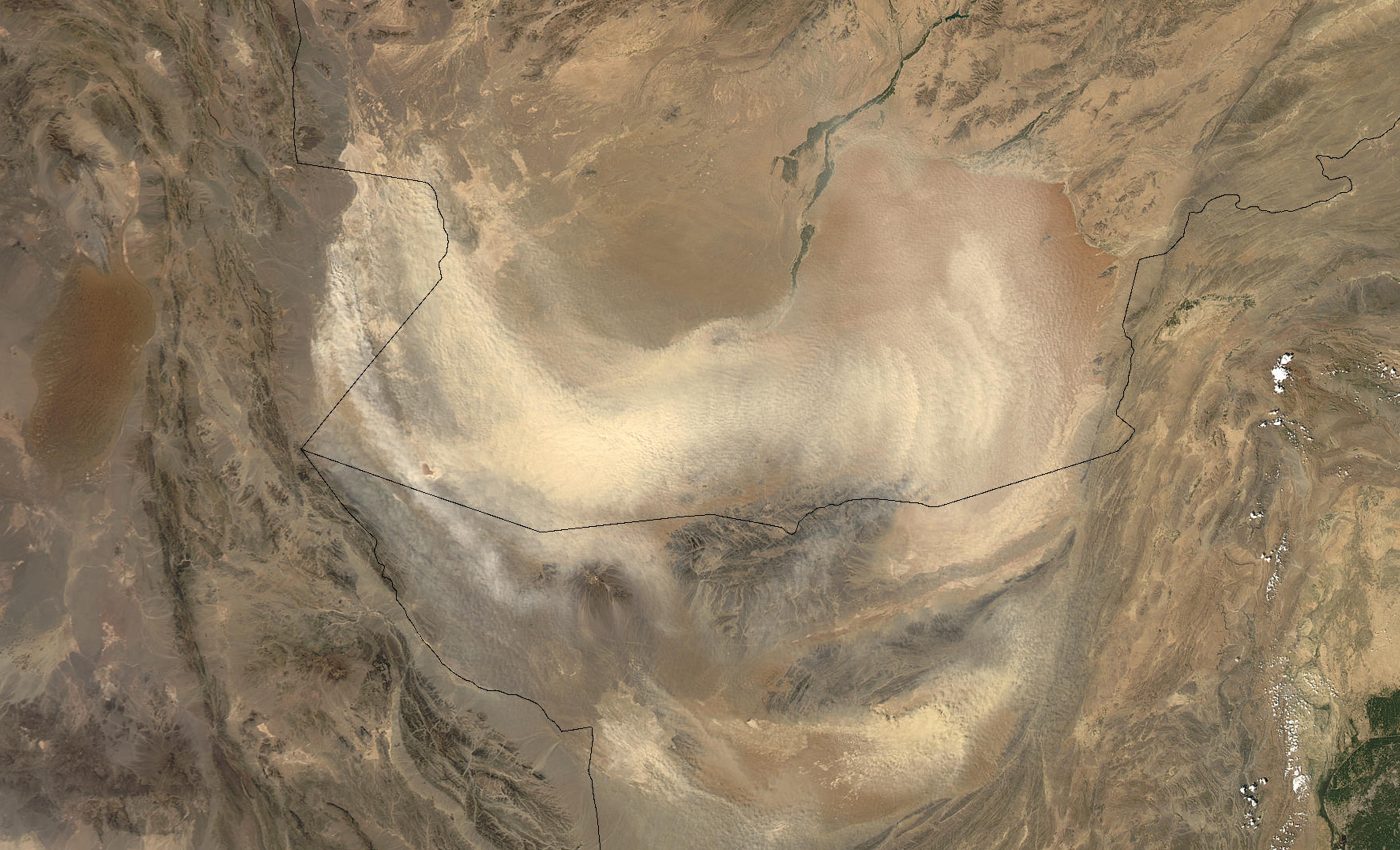 Dust Storms Over Afghanistan and Pakistan. Sandstorms that have been scouring southwestern Afghanistan since early June 2003 are being called the worst in living memory by residents of the area. The dust and sand have buried villages, filled waterways, destroyed crops and killed livestock. The storms are persisting longer than expected, creating a huge environmental problem for the residents of this region. Most of the windblown dust appears to be originating in the Sistan Basin, which is home to the Hamoun Wetlands straddling the border between Iran and Afghanistan. Persistent drought conditions there, coupled with increased irrigation off the Helmand River, have quickly turned these wetlands into arid salt pans.

The high-resolution image provided above is 500 meters per pixel. The MODIS Rapid Response System provides this image at MODIS’ maximum spatial resolution of 250 meters. Also Dust Storms Over Afghanistan and Pakistan are very common. Therefore this rural area experiences environmental problems causing a lot of damage to terrain and animals. As well as the living population. Also irrigation has become a lot harder to turn around these crops and areas. Therefore being called one of the worst.