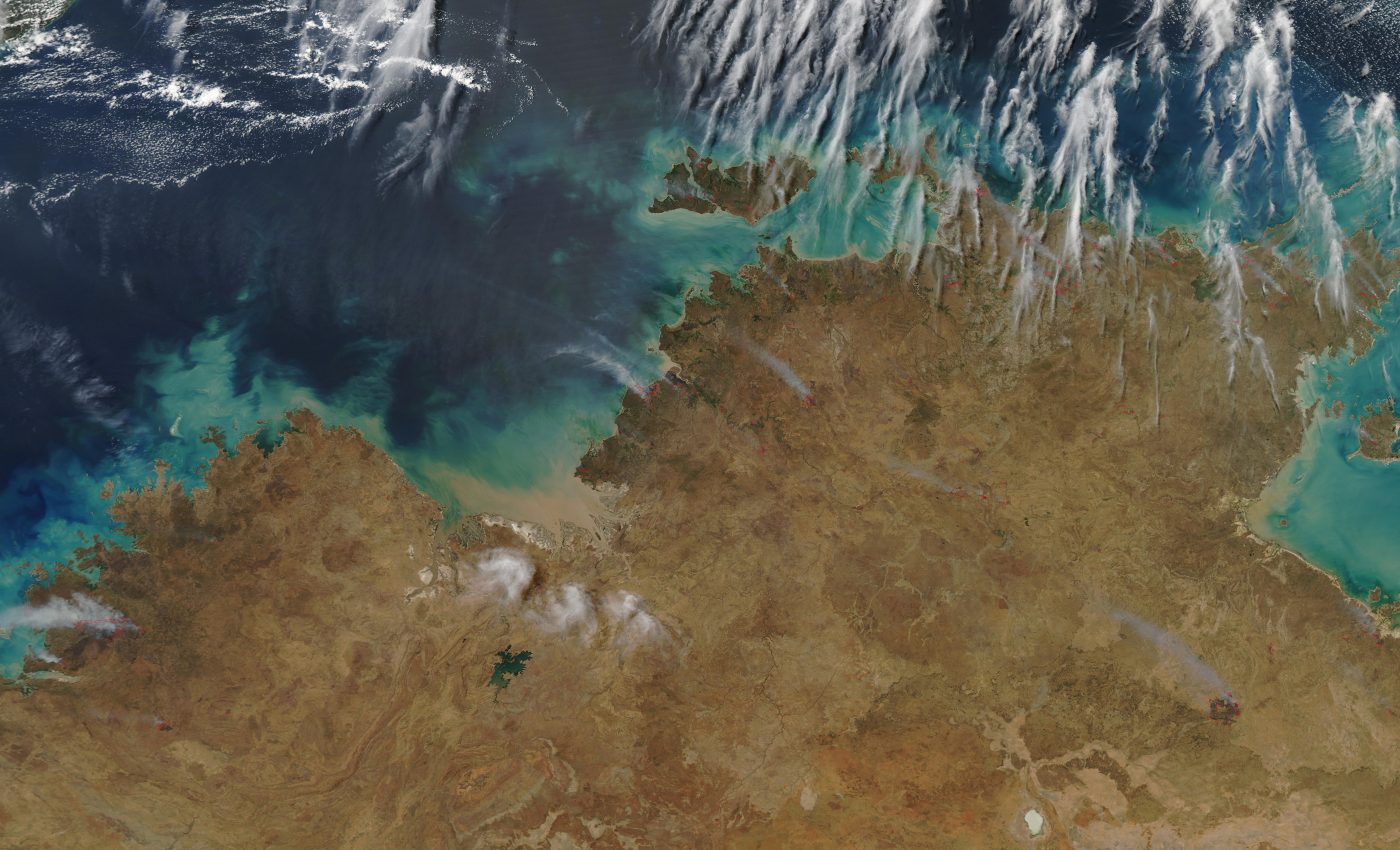 Fires in North Central Australia. Dozens of active fire detections (red dots) were made across Northern Australia on September 3, 2003, by the Moderate Resolution Imaging Spectroradiometer (MODIS) on the Aqua satellite. The scene shows Western Australia (left) and Northern Territory (right). Much of the land in this part of the country is rangeland or farmland, and these fires are likely planned burns that have been set as part of a natural resource management strategy.

Central Australia, also known as the Alice Springs Region, is one of the five regions in the Northern Territory of Australia. The term Central Australia is used to describe an area centred on Alice Springs. It is sometimes referred to as Centralia; likewise the people of the area are sometimes called Centralians. The region is located in the southern part of the Northern Territory spanning from the west on the Western Australian Border to the east on the Queensland border. Also Fires in North Central Australia has caused massive amounts of damage to the area for the people and animals. Although the country restores well with the amount of rain they get to help regrow the terrain.