Flooding Along the Awash River in Ethiopia • Earth.com

Flooding Along the Awash River in Ethiopia 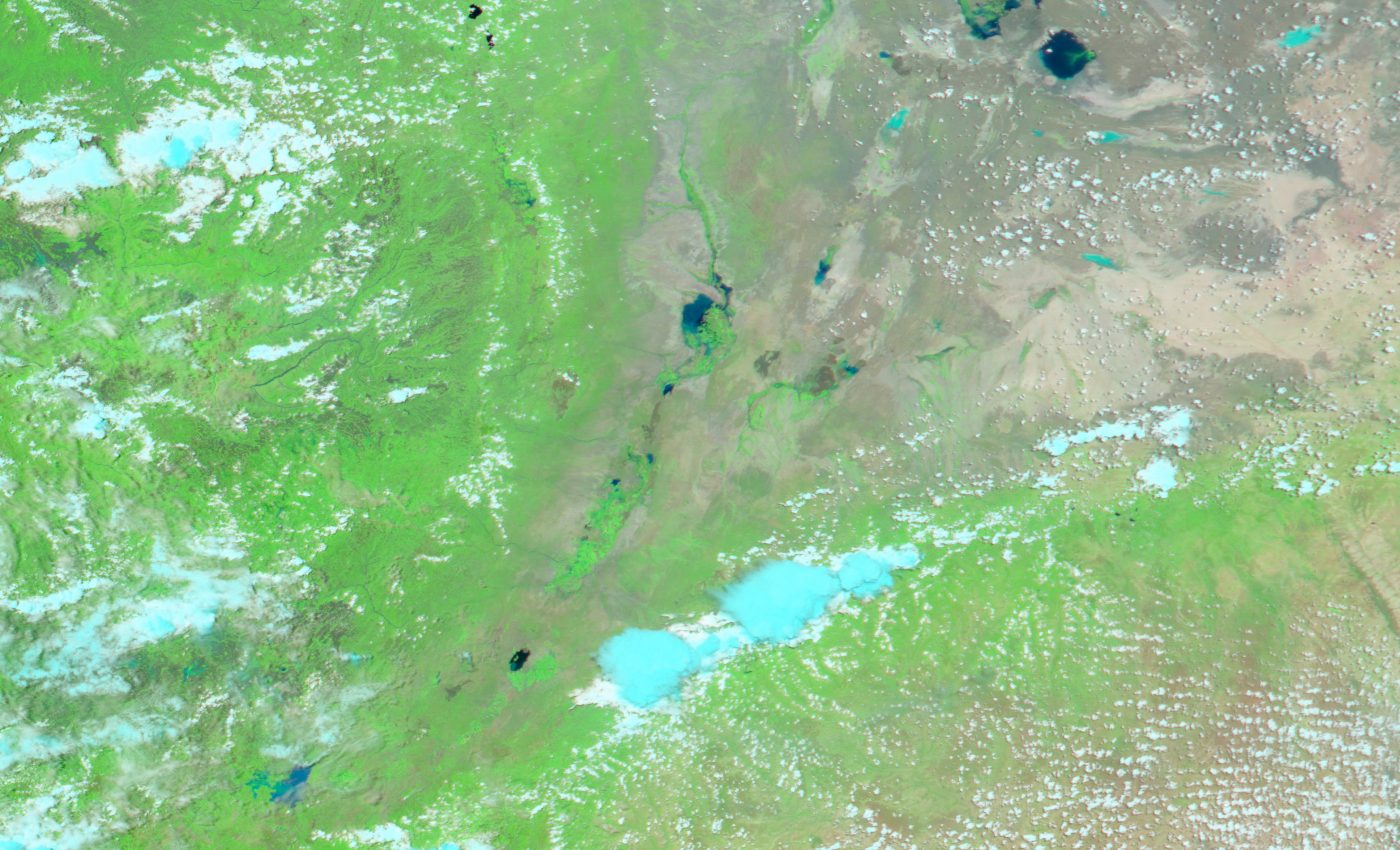 Swollen by heavy rains, Awash River in northeast Ethiopia flooded 19,480 square kilometers of land. Over 7,000 people were forced out of their homes and hundreds of animals were swept away by the water. The rains started on August 19, 2003.

The MODIS sensor on the Aqua satellite captured this false color image of the swollen river on August 24, 2003 (top). Here, the land is green and brown, water is blue, and clouds are light blue and white. The Awash river is the bright green and blue line snaking through the center of the image. The lower image, taken by the MODIS sensor on the Terra satellite, shows the region under normal conditions.

Ethiopia and Eritrea use the ancient Ge’ez script, which is one of the oldest alphabets still in use in the world.[23] The Ethiopian calendar, which is approximately seven years and three months behind the Gregorian calendar, co-exists alongside the Borana calendar. A majority of the population adheres to Christianity (mainly the Ethiopian Orthodox Tewahedo Church and P’ent’ay) and the historical Kingdom of Aksum was one of the first states to officially adopt the religion, whereas around a third follows Islam (primarily Sunni).