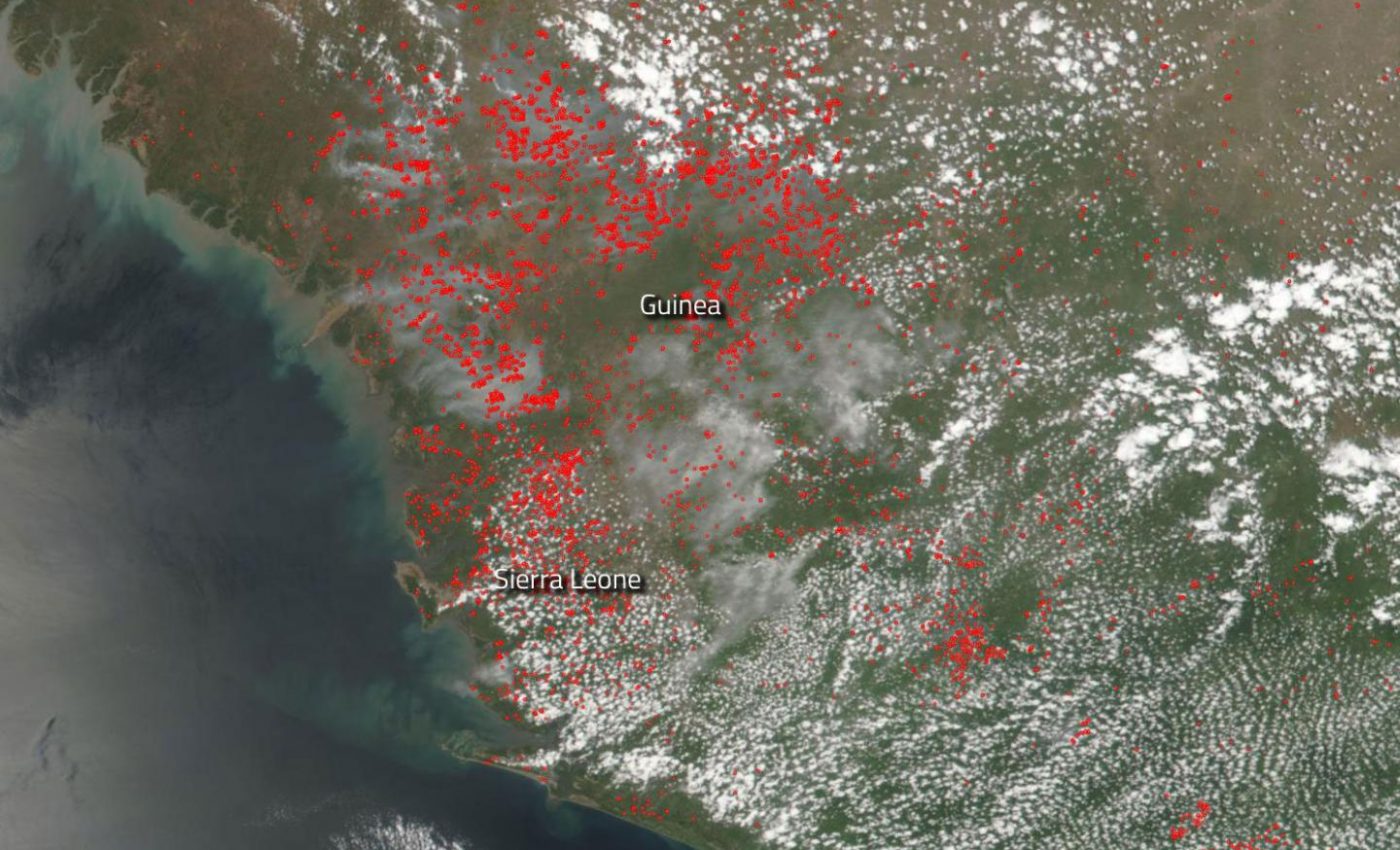 Over the course of the day, scores of fires sprang up across the West African country of Sierra Leone. In the morning, when the Moderate Resolution Imaging Spectroradiometer (MODIS) on the Terra flew over, few active fires were burning. By afternoon, when the MODIS sensor on the Aqua satellite captured its image, scores of actively burning fires (marked in yellow) were spread across the country.
The widespread nature of the fires and the season suggests that these fires are being set intentionally for agricultural purposes. Though not necessarily hazardous, such large-scale burning can have a strong impact on weather, climate, human health, and natural resources.

Sierra Leone is officially the Republic of Sierra Leone. Also informally Salone, is a country on the southwest coast of West Africa. It is bordered by Liberia to the southeast and Guinea to the northeast. Sierra Leone has a tropical climate, with a diverse environment ranging from savanna to rainforests. Therefore a total area of 71,740 km2 (27,699 sq mi) and a population of 7,075,641 as of the 2015 census. The capital and largest city is Freetown, and the country is divided into five administrative regions, which are further subdivided into sixteen districts