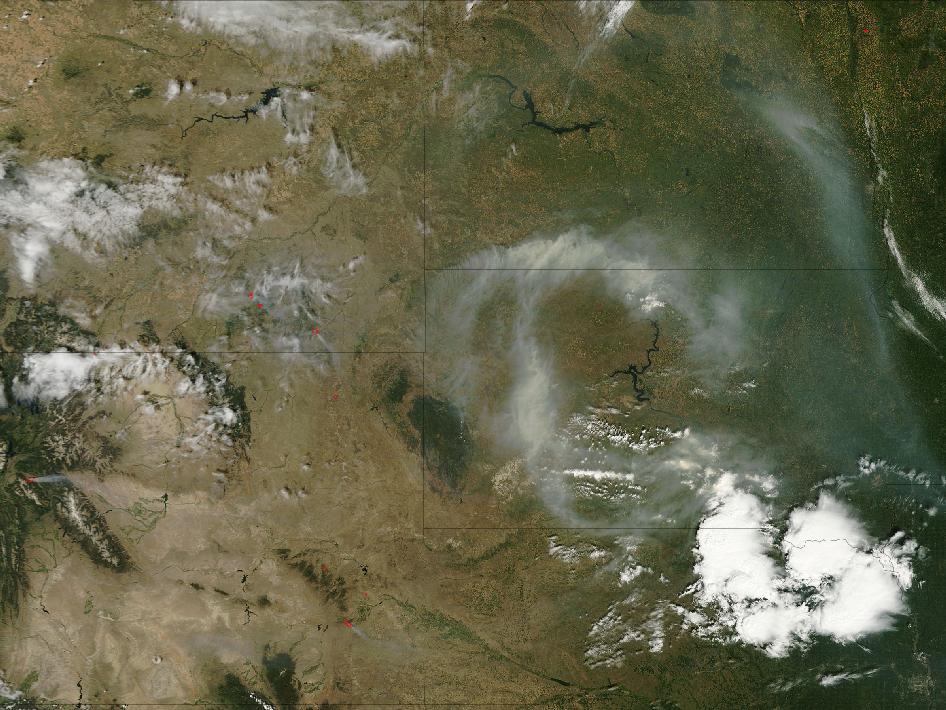 Agricultural burning continues across the Central Plains of the United States on April 4, 2004. Growing-Season Fires in Central United States. The fires, detected by the Moderate Resolution Imaging Spectroradiometer (MODIS) on the Aqua satellite have been marked with red dots in this image.

The fires are concentrated in Kansas and Oklahoma (top left and bottom left), with additional fires in Missouri and Arkansas (top right and bottom right).
The widespread nature of the fires and their location. Also suggests that these fires are being set intentionally for agricultural purposes.

Though not necessarily hazardous, such large-scale burning can have an impact on weather, climate, human health, and natural resources.
The high-resolution image provided above is 500 meters per pixel. The MODIS Rapid Response System provides this image at additional resolutions. Therefore Growing-Season Fires in Central United States has become worse as the years have passed.
Two large rivers flow from west to east across the scene. The Missouri River runs out of Kansas into Missouri through Kansas City. Therefore  sits right on the border of the two states. To the south, the Arkansas River flows out of Oklahoma into Arkansas where it weaves between the Boston Mountains, which appear reddish brown. Also the Ouachita Mountains, whose ridges are deep brown and punctuated by green valleys.