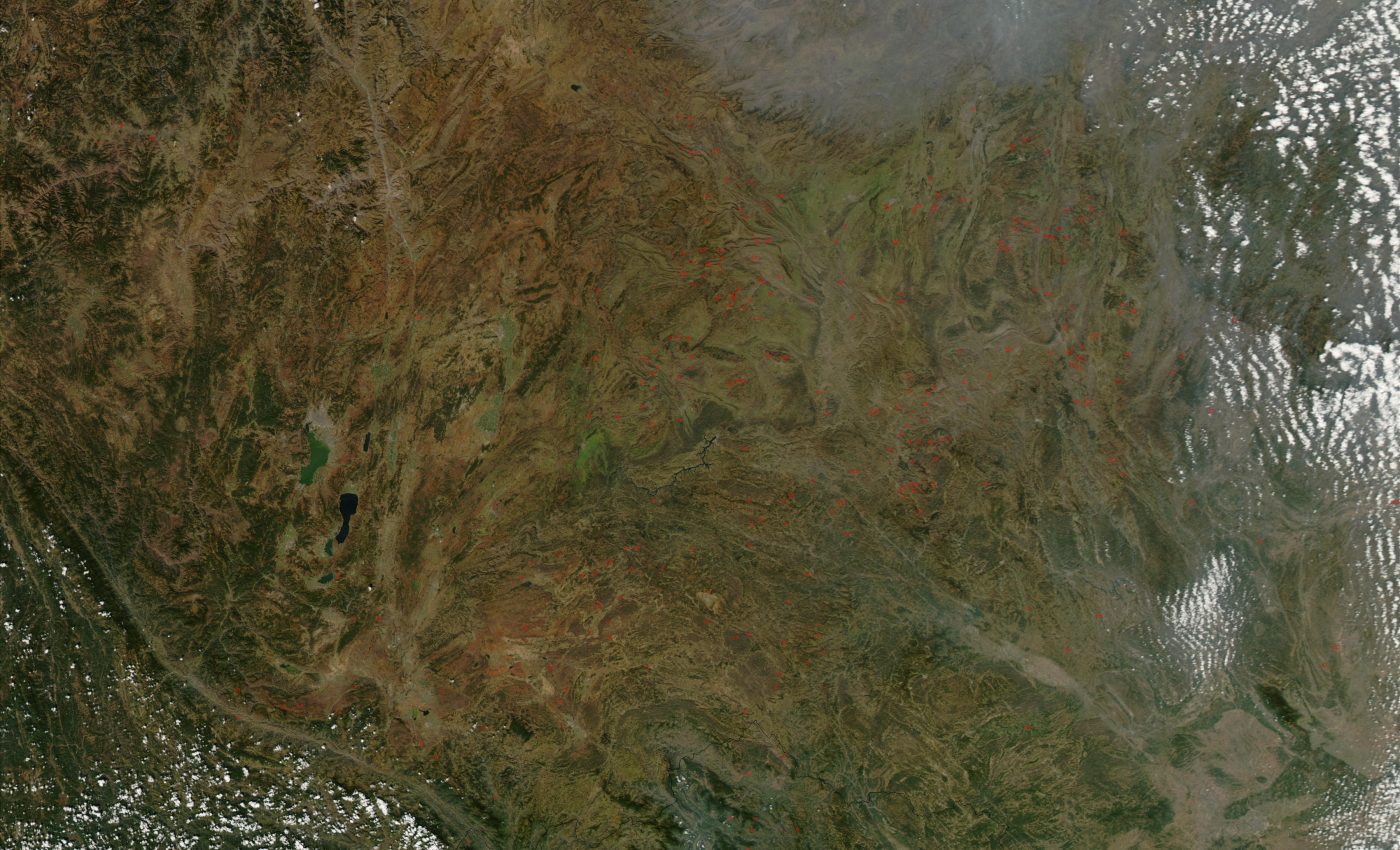 This true-color Moderate Resolution Imaging Spectroradiometer (MODIS) image from the Aqua satellite on Feb.9, 2003. Also shows scores of fires (red dots) scattered across south-central China (top) and Vietnam (bottom). Therefore south-central Chinese provinces of Yunnan (which dominates the left and center parts of the image) and Guizhou (right center) are higher in elevation than the terrain to the north. Pollution from large cities to the north obscures the top part of the image, and is creeping southward into valleys at top left.

The high-resolution image provided above is 500 meters per pixel. The MODIS Rapid Response System South Asia, or Southern Asia, is the southern region of the Asian continent, which comprises the sub-Himalayan SAARC countries and, for some authorities, adjoining countries to the west and east.

Topographically, it is dominated by the Indian Plate, which rises above sea level as Nepal and northern parts of India situated south of the Himalayas and the Hindu Kush. South Asia is bounded on the south by the Indian Ocean and on land (clockwise, from west) by West Asia, Central Asia, East Asia, and Southeast Asia. this image at MODIS’ maximum spatial resolution of 250 meters.