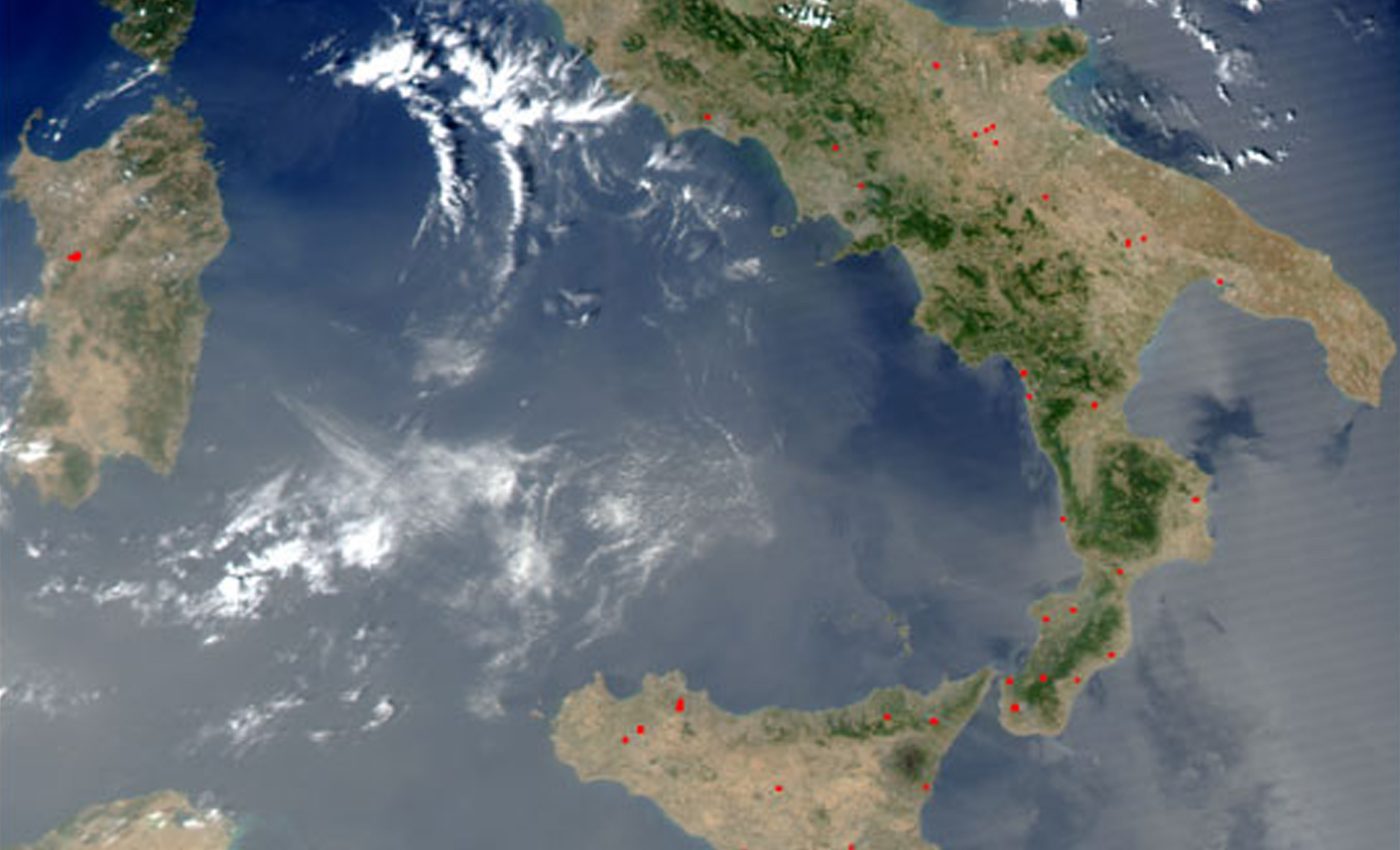 Record-setting heat has been plaguing southern Italy this summer, increasing the fire danger across the country. This Moderate Resolution Imaging Spectroradiometer (MODIS) image from the Aqua satellite on July 24, 2003, shows numerous fires detected by MODIS and marked with red dots. Dust from the Sahara Desert hangs over the southwest part of the scene, softening the appearance of Tunisia (bottom left), Sardinia (top left), and Sicily (bottom center).

Southern Italy or Mezzogiorno (Italian pronunciation:  literally “Midday” or “Noon”; in Neapolitan: ‘o Miezojuorno; in Sicilian: Mezzujornu) is a macroregion of Italy meant to broadly denote the southern half of the Italian state.

Southern Italy covers in both historic and cultural terms the land once under the administration of the former Kingdoms of Naples and Sicily (officially denominated Regnum Siciliae citra Pharum and ultra Pharum, that is “Kingdom of Sicily on the other side of the Strait” and “across the Strait”), which shared a common organization into Italy’s largest pre-unitarian state, the Kingdom of the two Sicilies. The island of Sardinia had a different history from the aforementioned regions, but is nonetheless often grouped together with the Mezzogiorno