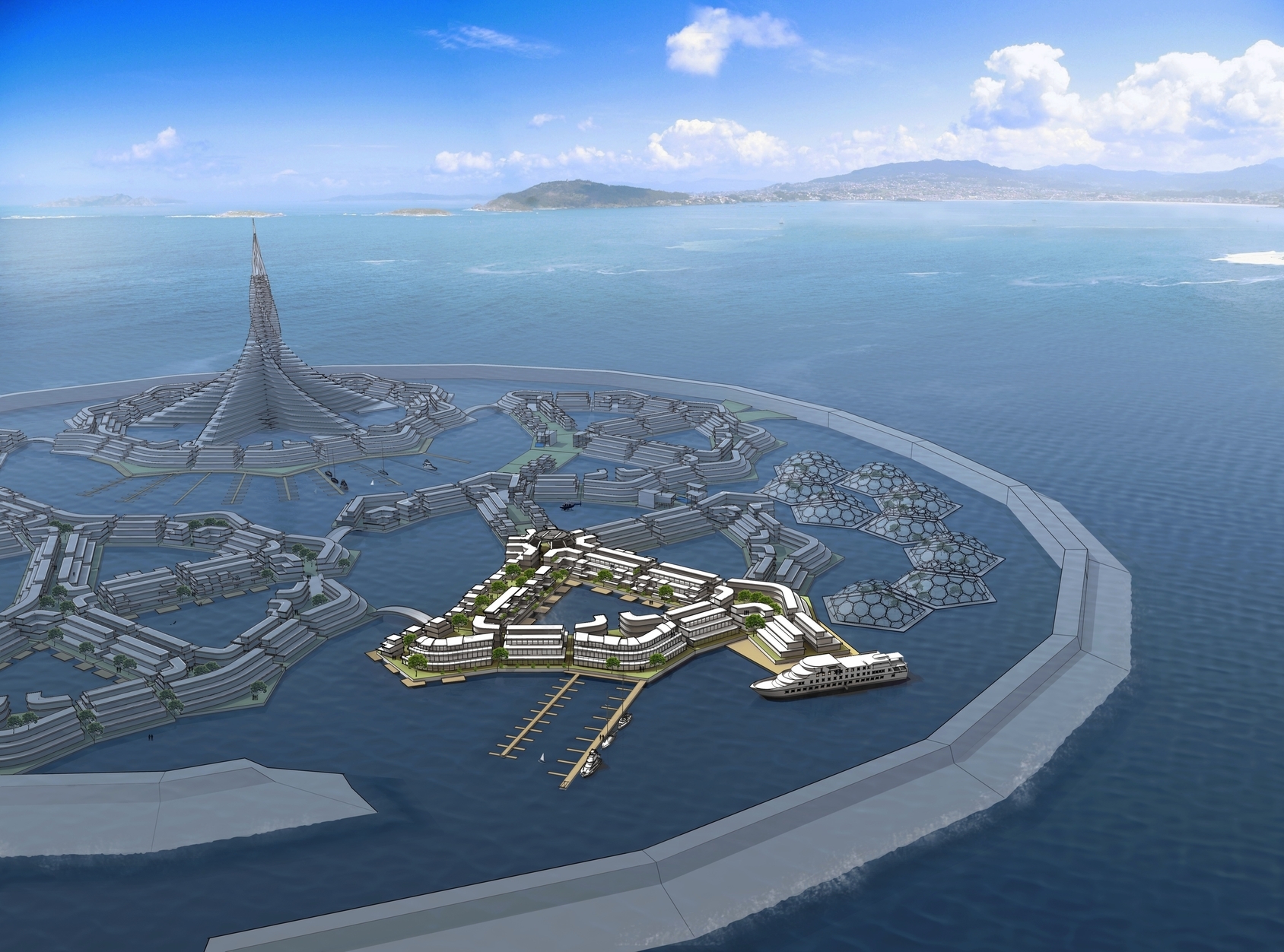 Today’s Image of the Day sounds like a science-fiction film come to life. This week, plans were formally announced to build the world’s first floating city.

Construction of the floating city could begin as soon as 2019, located in the Pacific Ocean near the island of Tahiti. The Institute projects to have 250 to 300 residents by 2020, and up to tens of millions of residents by 2050.

The Institute also plans to experiment with new methods of government and agricultural production in an effort to solve some of the world’s most pressing issues. The project caught the attention of French Polynesia who currently face the dangerous threat of rising sea levels.

According to ABC News, the deal between the Institute and the French Polynesian government is contingent upon two points: the floating city must benefit the local economy and be environmentally friendly.

“What we’re interested in is societal choice and having a location where we can try things that haven’t been tried before,” said Randolph Hencken, executive director of the Institute. “I don’t think it will be that dramatically radical in the first renditions. We were looking for sheltered waters, we don’t want to be out in the open ocean – it’s technologically possible but economically outrageous to afford.

“If we can be behind a reef break, then we can design floating platforms that are sufficient for those waters at an affordable cost.

“We don’t have to start from scratch as this is a pilot project. They also have very stable institutions so we’re able to work with a government that wants us there, that we have respect for and they have respect for us.”