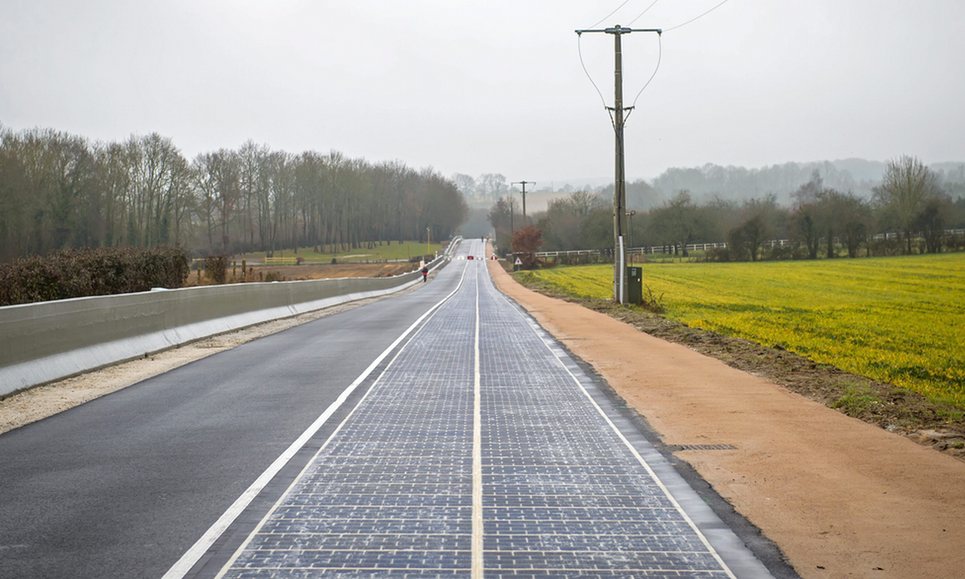 The world’s first ever solar panel road opened this week in a village in Normandy, France. The .6 mile stretch of road in Tourouvre-au-Perche is lined with 2,800 square meters of electricity generating panels.

The solar panel road, named Wattway, cost over $5 million to build and will be used by an estimated 2,000 drivers per day over the course of a 2 year test period. The hope is that the solar panels will be able to generate enough energy to power street lights in the village.

A potential complication is that Normandy doesn’t get much sun. The nearby city of Caen only gets about 44 days of sunshine per year.

Ecology minister Ségolène Royal has said that she would like to see solar panels installed on 1 in every 1,000km of French highways.

In 2014, a solar panel bicycle path opened in the Netherlands and was able to generate 3,000kWh of energy, enough to power an average home for a whole year.

“It’s without a doubt a technical advance,” Marc Jedliczka, vice president of Network for Energetic Transportation told Le Monde. “But in order to develop renewables there are other priorities than a gadget of which we are more certain that it’s very expensive than the fact it works.”

“We have to look at the cost, the production [of electricity] and its lifespan. For now I don’t have the answers,” said Jean-Louis Bal, president of the renewable energy union SER.