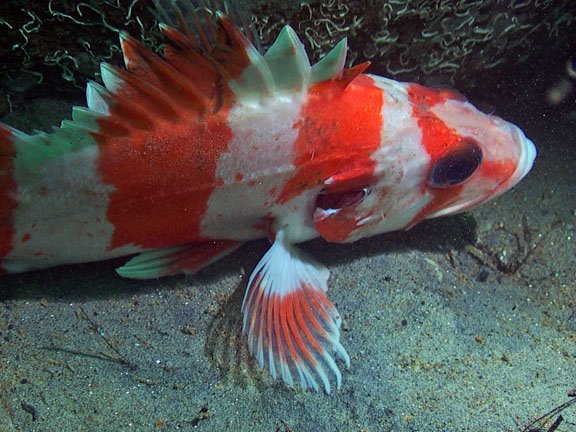 This image shows a possible flag rockfish (~30 cm) at 120 m water depth. If this is, in fact, a flag rockfish, it represents a significant range extension. Published geographic ranges  extend from San Francisco, CA, south to the Baja Peninsula.

The Flag Rockfish is common fish of the Sebastidae family). It can be found from as far north as the Gulf of Alaska down the Pacific coast of North America and into the Baja Penninsula.

Like other similar species, Flag Rockfish can vary widely in markings and coloration, but generally they are dark brown to olive, with a pink and often splashed with a flag or dull yellow.