Flooding in the Australian Interior 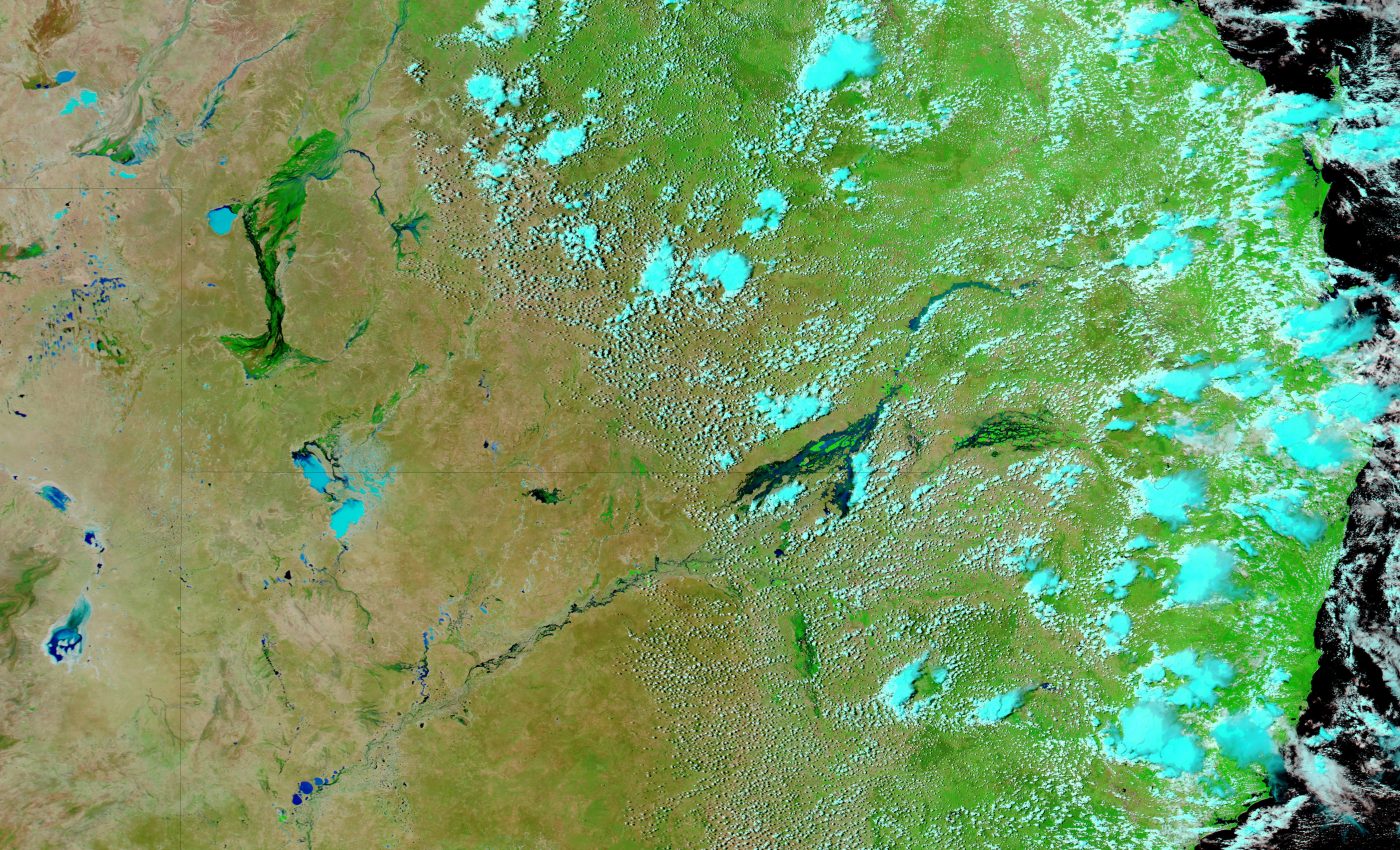 Flooding in the Australian Interior. Floods continued to spread across the interior of Australia in late January 2011, with high waters apparent in Queensland, New South Wales, and South Australia. The Moderate Resolution Imaging Spectroradiometer (MODIS) on NASA’s Aqua satellite captured the top image on January 20, 2011. For comparison, the bottom image shows the same region a year earlier, on January 22, 2010.

These false-color images use a combination of infrared and visible light to increase the contrast between water and land. Water ranges in color from light blue to navy. Clouds appear pale blue-green. Vegetation is bright green. Bare ground appears in shades of beige and tan.

In 2010, most of the Balonne-Darling River network is invisible to the satellite sensor. In 2011, water is deep enough to color the channels deep blue. The same is true for water in the southern reaches of Cooper Creek. Menindee Lake and Lake Yamma Yamma are barely discernible in 2010 but easily seen in 2011. Some flooding also occurred in the Cooper Creek region in 2010, when the Channel Country floods forced authorities to declare parts of Queensland a natural disaster area.

Australia, officially the Commonwealth of Australia, is a sovereign country comprising the mainland of the Australian continent, the island of Tasmania, and numerous smaller islands. It is the largest country in Oceania and the world’s sixth-largest country by total area. The neighbouring countries are Papua New Guinea, Indonesia, and East Timor to the north; the Solomon Islands and Vanuatu to the north-east; and New Zealand to the south-east. The population of 26 million is highly urbanised and heavily concentrated on the eastern seaboard. Australia’s capital is Canberra, and its largest city is Sydney. The country’s other major metropolitan areas are Melbourne, Brisbane, Perth, and Adelaide.