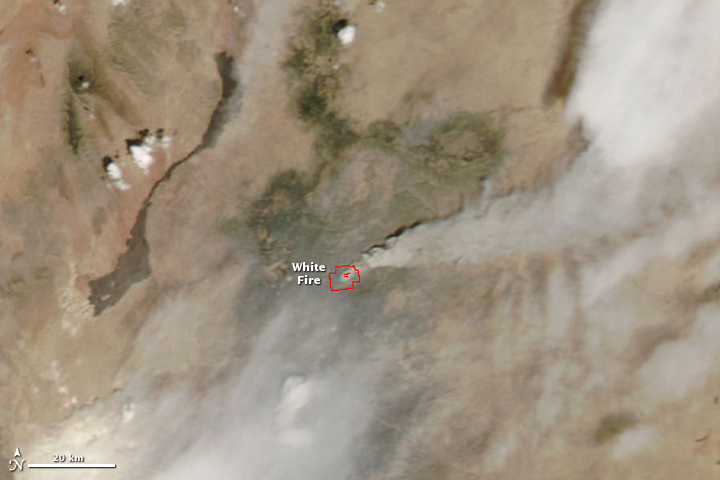 Dense smoke billows from the White Fire in southern New Mexico in this image, taken by the Moderate Resolution Imaging Spectroradiometer (MODIS) on NASA’s Aqua satellite on April 3, 2011. The fire, outlined in red, started on April 3 and grew quickly under strong winds. The fire had burned through about 6,000 acres of forest in steep, rocky terrain, destroying five homes and several outbuildings by 8:30 a.m. the following morning, said New Mexico Fire Information.

Track the fire in twice-daily images of New Mexico from the modis Rapid Response System.

We are just getting started in this years fire weather season, and we have at least two more months to go before we can possibly get a break from our annual summer monsoon, which normally kicks in around the first couple weeks of July. Until then, there seems to be little hope of much needed rainfall occurring across the local area.

April is the start of our thunderstorm season, and many times the thunderstorms that do occur this time of the year are often dry. Meaning, that they often produce lots of wind (dry microbursts) and lightning, and very little rainfall. This is not good news for us and these storms when they do start firing up across the area, will only aggravate an already dangerous situation due to the ongoing and worsening drought.