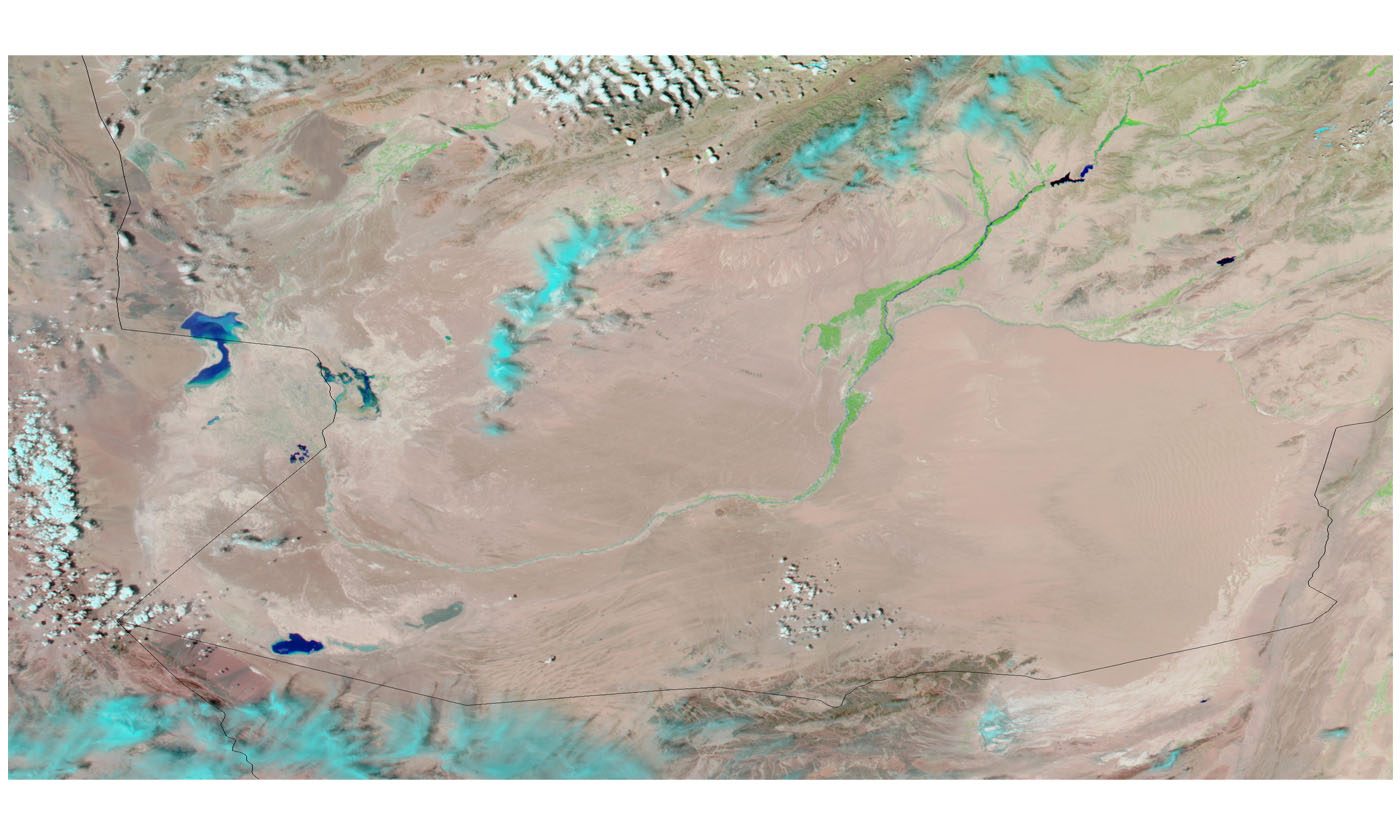 Floods in Southern Afghanistan. In mid-April 2003, heavy rains in Afghanistan led to floods that killed 30 people and displaced hundreds. The floodwaters can be seen in this false-color image acquired on April 22, 2003, by the Moderate Resolution Imaging Spectroradiometer (MODIS) aboard NASA’s Aqua satellite. The most devastating floods occurred in southern Afghanistan in the Helmand province along the Helmand River.

Earlier in the month (April 4, 2003), there was much less standing water in southern Afghanistan. And the Helmand River, which can be seen winding its way up from the bottom of April 22 image, is hardly visible on April 4. In this false-color image, water is blue. Clouds appear as pale blue and white, vegetated land is green and arid land is tan.

Human habitation in Afghanistan dates back to the Middle Paleolithic Era, and the country’s strategic location along the Silk Road connected it to the cultures of the Middle East and other parts of Asia. The land has historically been home to various peoples and has witnessed numerous military campaigns, including those by Alexander the Great, Mauryas, Muslim Arabs, Mongols, Sikhs, British, Soviets, and since 2001 by the United States with NATO-allied countries. It has been called “unconquerable”and nicknamed the “graveyard of empires,” though it has been occupied during several different periods of its history. The land also served as the source from which the Kushans, Hephthalites, Samanids, Saffarids, Ghaznavids, Ghorids, Khaljis, Mughals, Hotaks, Durranis, and others have risen to form major empires