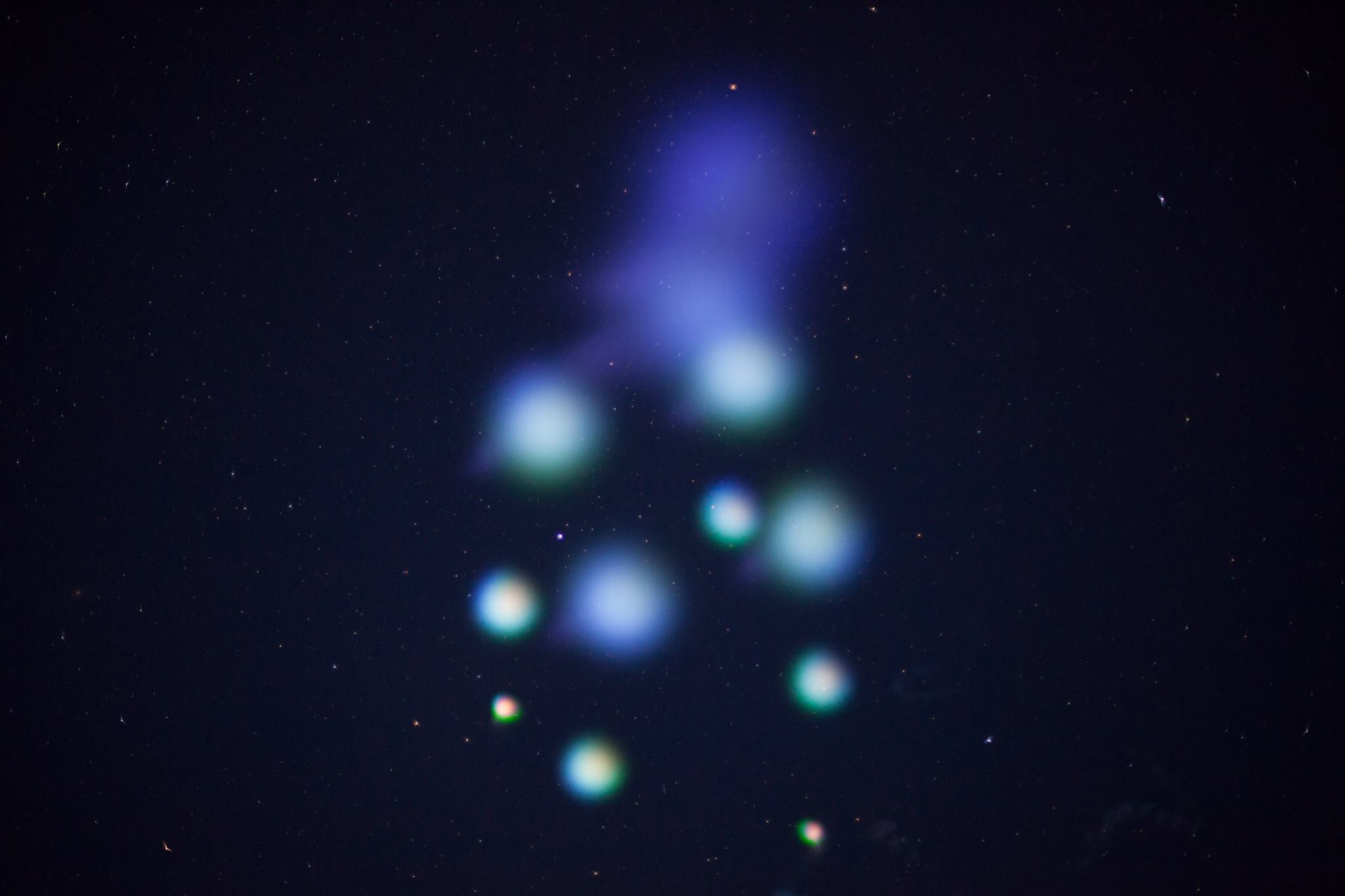 Today’s Image of the Day comes thanks to the NASA Earth Observatory and features a look at the glowing clouds that were spotted over the skies of the Virginia on June 29, 2017.

The glowing clouds were actually caused by the launch of a NASA Terrier-Improved Malemute sounding rocket. During its flight, the rocket ejected ten canisters to test a new ejection system. Each canister contained blue-green and red vapor that formed the colorful clouds seen in the photo.

The clouds were seen across the mid-Atlantic coast and glowed until they faded into the upper atmosphere.