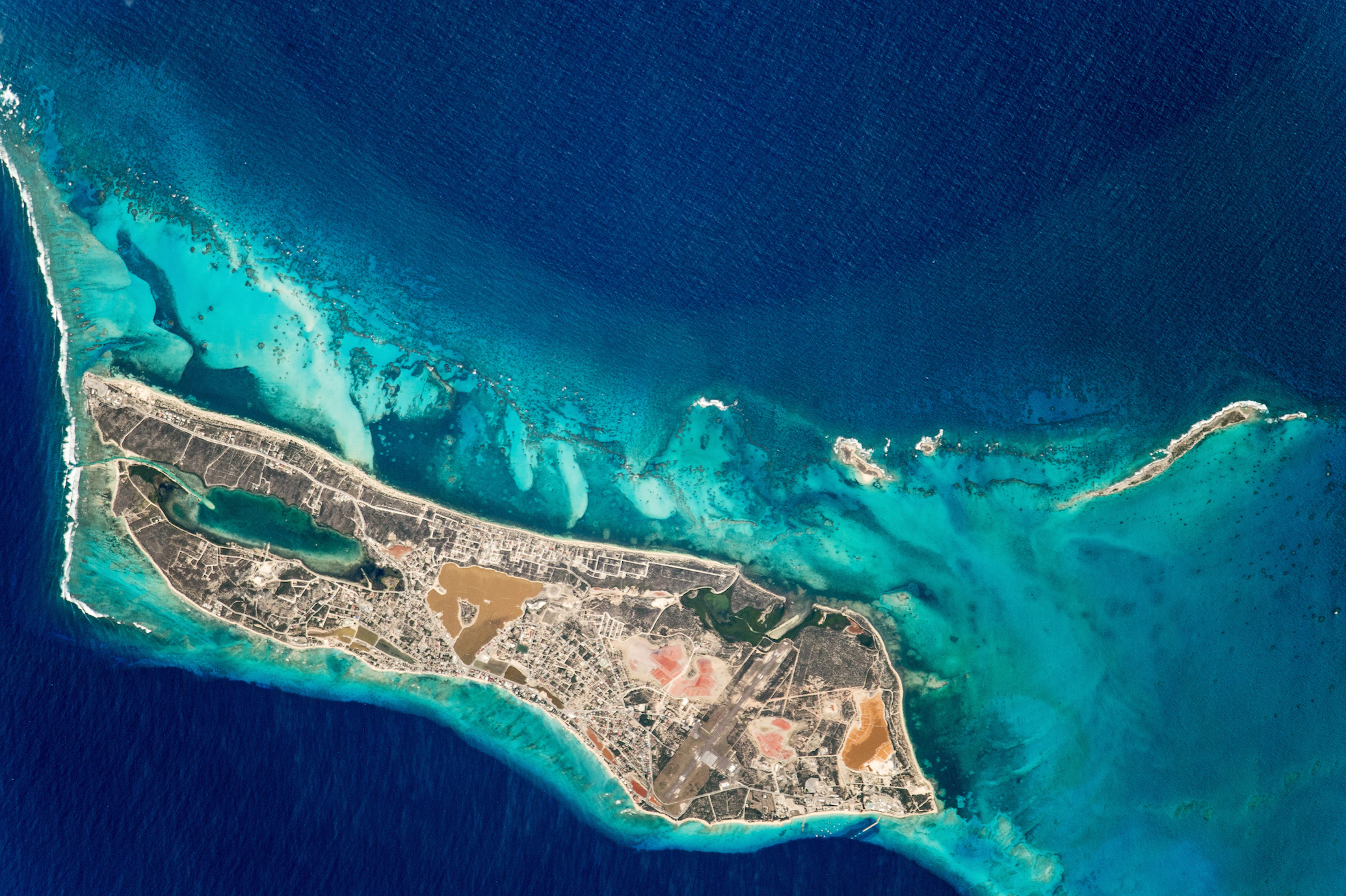 Grand Turk Island and its stunning coral reefs. Today’s Image of the Day comes courtesy of the NASA Earth Observatory and features an overhead look at Grand Turk Island. The photo was taken by an astronaut on board the International Space Station.

Grand Turk Island is only 6 miles long and is located at the southern end of the Turks and Caicos Islands. The island is situated on top of a carbonate bank that is almost twice its size. Waves can be seen breaking against the side of the carbonate platform, looking like a thin white line along the left side of the image. Along the north and east coasts of Grand Turk Island sit beautiful coral reef systems that continue to stretch east all the way to the Bahamas.

Grand Turk Island is an island in the Turks and Caicos Islands. It is the largest island in the Turks Islands (the smaller of the two archipelagos that make up the island state) with 18 km2 (6.9 sq mi). Grand Turk contains the territory’s capital, Cockburn Town and the JAGS McCartney International Airport. The island is the administrative, historic, cultural and financial center of the territory, and has the second largest population of the islands at approximately 3,720 people.
Grand Turk was first colonised in 1681 by Bermudians, who set up the salt industry in the islands. In 1766 it became the capital of the country. For some time, at least until the early 19th century, Grand Turk was often referred to as Grand Cay, not to be confused with either Grand Cay in the Bahamas or Grand Cayman.
The name comes from a species of cactus on the island, the Turk’s Cap Cactus (Melocactus intortus), which has a distinctive cap, reminiscent of an Ottoman fez.