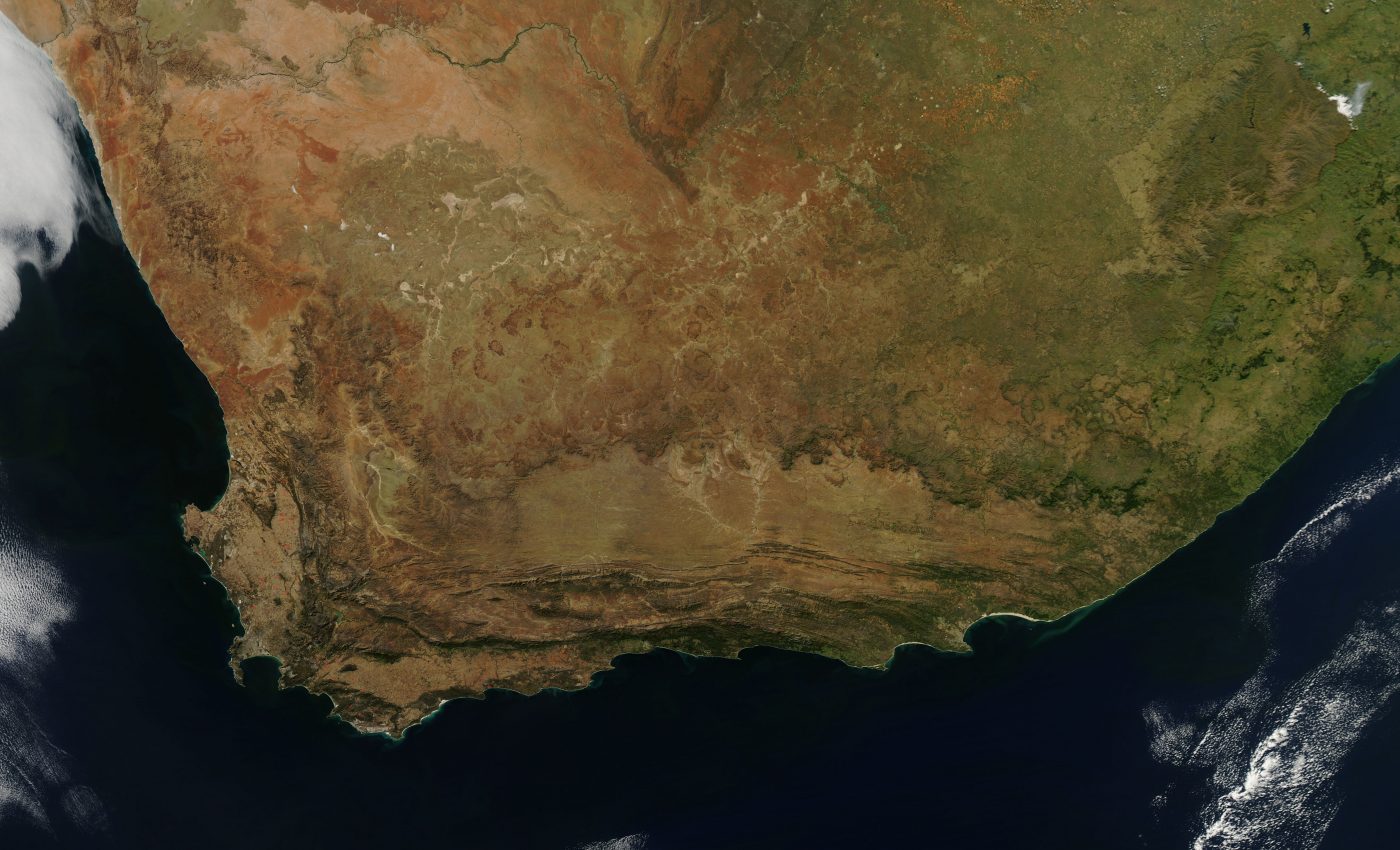 The topography of eastern South Africa is dominated by dramatic transitions. Along the coast, the individual mountain ranges of the Cape Fold Belt are interrupted by wide valleys that run from east to west. Beyond the northernmost of these ranges, the elevation drops off dramatically into an expansive basin called the Eastern Cape Karoo. Encircling the northern margin of the basin are the continent-spanning cliffs of South Africa’s Great Escarpment.

These continental landscape features were created over millions of years by erosion. Erosion is also taking place on smaller and shorter time scales. The arid terrain of cliffs and canyons along the Great Escarpment is extremely sensitive to any disturbance that reduces soil-anchoring grasses and other vegetation; bare soil on steep slopes erodes rapidly during rainstorms.

The introduction of too many livestock to the area during European colonization initiated a cycle of erosion and land degradation that created badlands and gullies. Despite a reduction in stock numbers in the latter half of the twentieth century, many of these badlands continue to erode, further degrading agricultural lands, especially during heavy rain events.

This photo-like image of South Africa was captured on April 12, 2010, by the Moderate Resolution Imaging Spectroradiometer (MODIS) on NASA’s Aqua satellite.