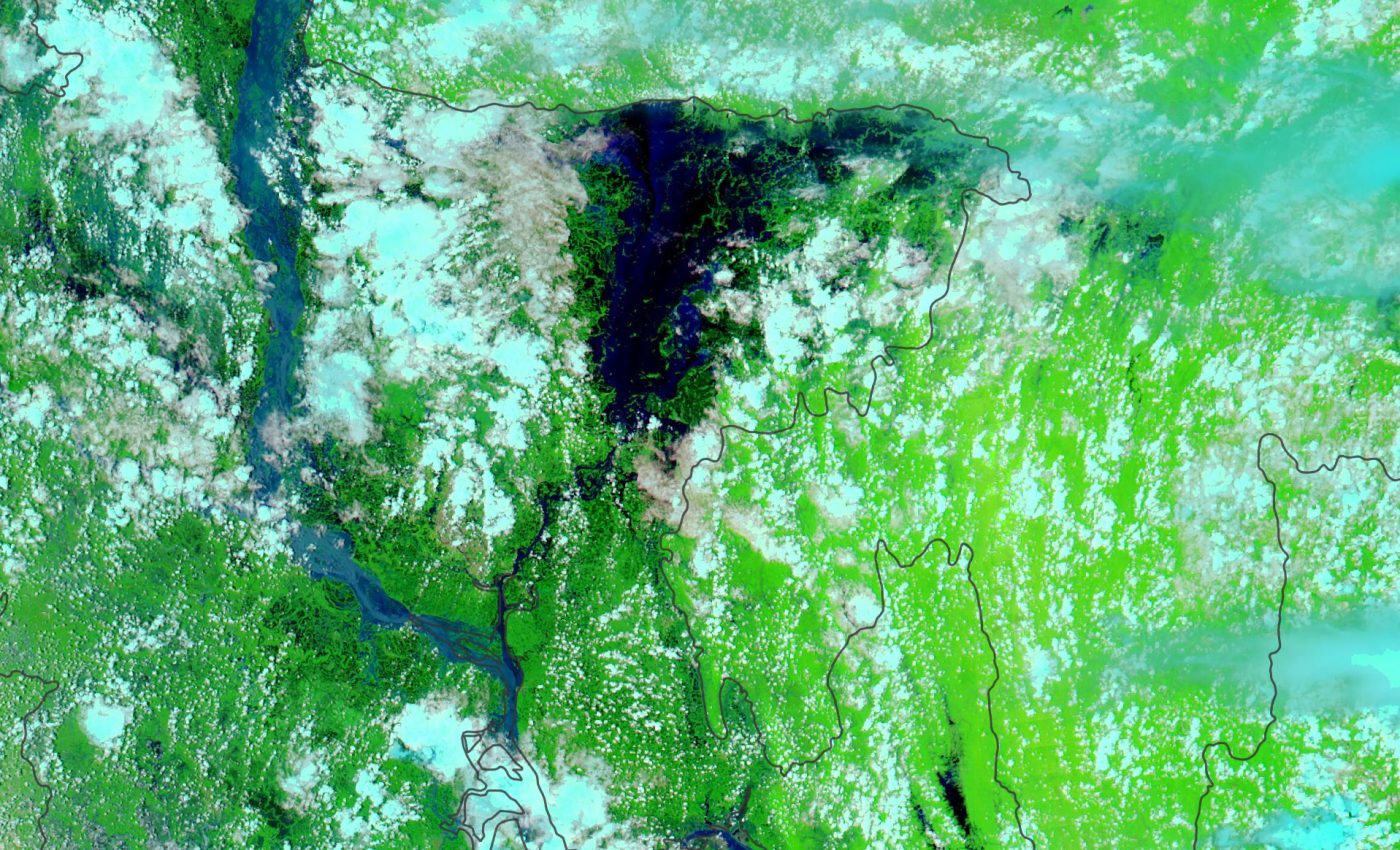 Today’s Image of the Day from NASA Earth Observatory captures devastating and widespread flooding in Bangladesh.

Since early June, an extreme monsoon season has devastated parts of south and east Asia. Bangladesh is one of the hardest hit countries, with inundation across more than a quarter of the country.

As of July 28, more than four million people were affected and at least 100 individuals had died in Bangladesh, according to reports.

By July 31, the Bangladesh Flood Forecasting and Warning Centre warned that water levels along the Jamuna River were at or above danger level. Almost a million homes were flooded, more than 600 square miles of farmland were damaged, and some areas have become completely isolated as a result of flooding.

The false-color image was captured on July 25 by the Moderate Resolution Imaging Spectroradiometer (MODIS) on NASA’s Aqua satellite.