Hundreds of fires have exploded across California • Earth.com

Hundreds of fires have exploded across California 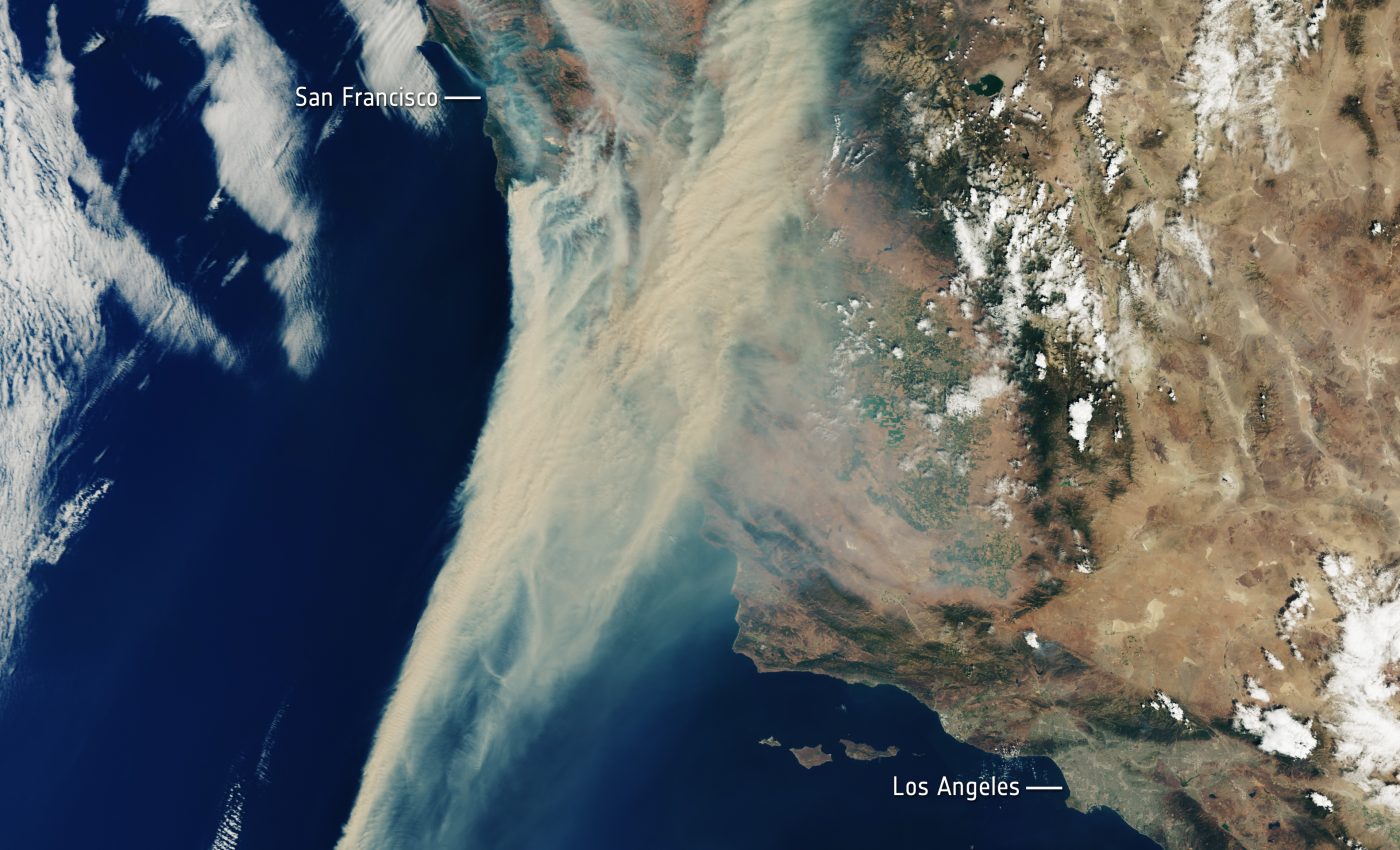 Today’s Image of the Day from the European Space Agency shows a massive amount of wildfire smoke lingering over California and the Pacific Ocean.

Record-breaking high temperatures helped the fires ignite, while strong winds have helped them spread across more than 300,000 acres since August 16.

In the San Francisco Bay Area, thousands of people have been forced to evacuate their homes.

The shocking number of fires has put an enormous amount of strain on California’s resources, with firefighters deployed from one end of the state to the other. Governor Gavin Newsom has declared a statewide emergency.

The image was captured by the Copernicus Sentinel-3 satellite on August 19, 2020.