Iloilo City in the Philippines • Earth.com

Iloilo City in the Philippines 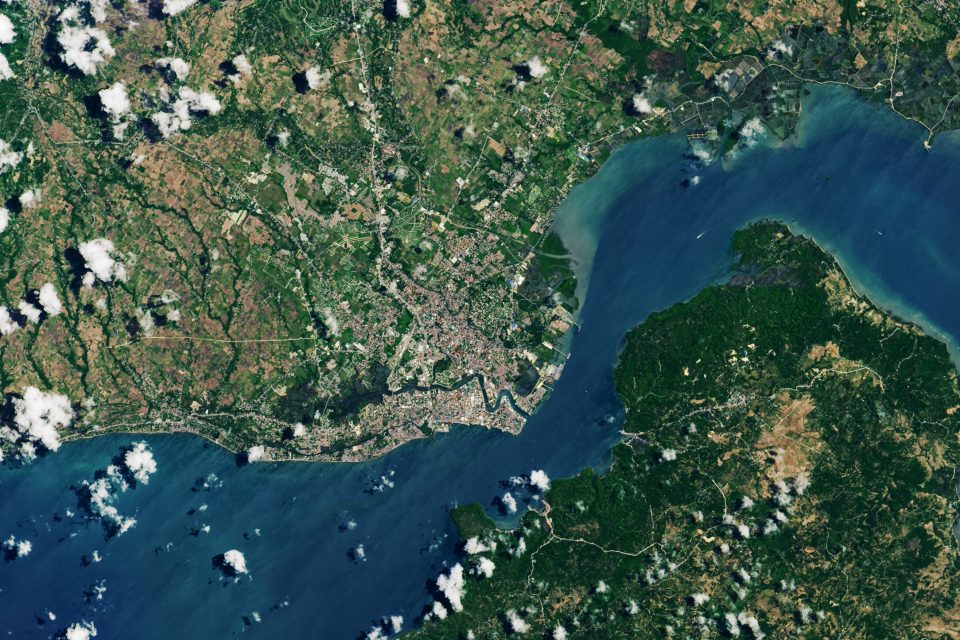 In 2011, an artificial waterway known as the Jaro Floodway was constructed to help divert floodwater away from the city.

According to NASA, the new channel also brought an unexpected surprise: a resurgence of mangrove trees. After the creation of the floodway, mangrove forests have grown at a rate of 11 acres per year from 2010 to 2018.  archipelagic country in Southeast Asia. It is situated in the western Pacific Ocean, and consists of about 7,640 islands, that are broadly categorized under three main geographical divisions from north to south: Luzon, Visayas, and Mindanao. The Philippines is bounded by the South China Sea to the west, the Philippine Sea to the east, and the Celebes Sea to the southwest, and shares maritime borders with Taiwan to the north, Japan to the northeast, Palau to the east and southeast, Indonesia to the south, Malaysia and Brunei to the southwest, Vietnam to the west, and China to the northwest. The Philippines covers an area of 300,000 km2 (120,000 sq mi) and, as of 2020, had a population of around 109 million people, making it the world’s twelfth-most populous country. The Philippines is a multinational state, with diverse ethnicities and cultures throughout its islands. Manila is the nation’s capital, while the largest city is Quezon City, both lying within the urban area of Metro Manila.

Iloilo City is a major hub for sugar exports and fishing, and is home to nearly half a million people. During heavy rain events, the Jaro River often rises out of its banks and floods parts of the city.

The image was captured on May 3, 2021 by the Operational Land Imager (OLI) on Landsat 8.