Incredible shot of the Earth and the moon • Earth.com

Incredible shot of the Earth and the moon 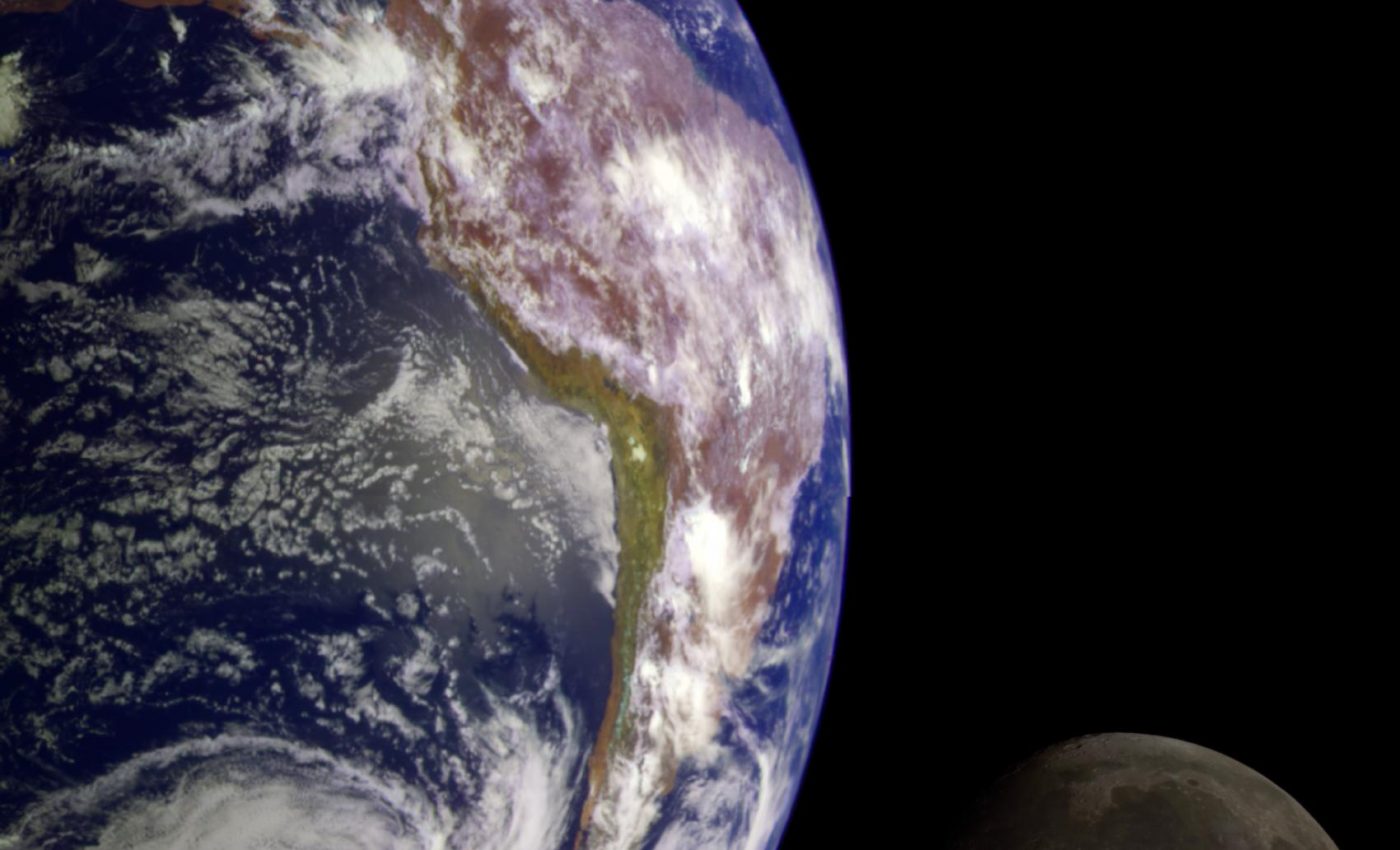 Today’s Image of the Day from NASA features an incredible shot of the Earth and the Moon.

The photographs that were  combined to generate this view are from NASA’s Galileo spacecraft.

Earth is the third planet from the Sun and the only astronomical object known to harbor life. According to radiometric dating and other evidence, Earth formed over 4.5 billion years ago. Earth’s gravity interacts with other objects in space, especially the Sun and the Moon, which is Earth’s only natural satellite. Earth orbits around the Sun in 365.256 days, a period known as an Earth sidereal year. During this time, Earth rotates about its axis about 366.256 times.

Earth’s axis of rotation is tilted with respect to its orbital plane, producing seasons on Earth. The gravitational interaction between Earth and the Moon causes tides, stabilizes Earth’s orientation on its axis, and gradually slows its rotation. Earth is the densest planet in the Solar System and the largest and most massive of the four rocky planets.

The Moon is thought to have formed about 4.51 billion years ago, not long after Earth. The most widely accepted explanation is that the Moon formed from the debris left over after a giant impact between Earth and a hypothetical Mars-sized body called Theia. New research of Moon rocks, although not rejecting the Theia hypothesis, suggests that the Moon may be older than previously thought