Dust flying off the west coast of Africa 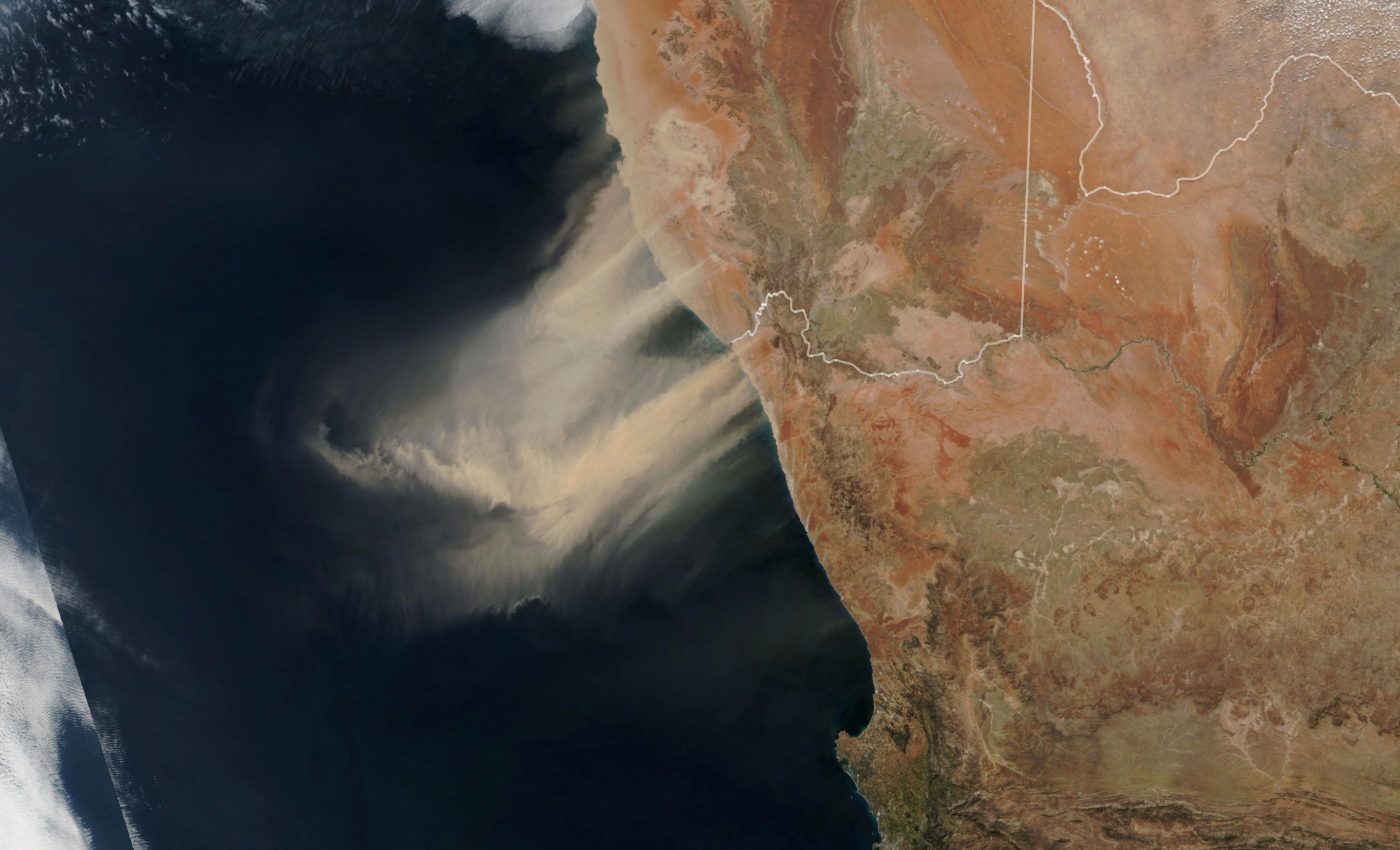 The dust particles produced poor visibility in some areas like Alexander Bay, where the streets became nearly invisible.Dust flying off the west coast of Africa

This image was captured by the Visible Infrared Imaging Radiometer Suite (VIIRS) on the NOAA-NASA Suomi NPP satellite. Africa is the world’s second-largest and second-most populous continent, after Asia. At about 30.3 million km2 (11.7 million square miles) including adjacent islands, it covers 6% of Earth’s total surface area and 20% of its land area. With 1.3 billion people as of 2018, it accounts for about 16% of the world’s human population. The continent is surrounded by the Mediterranean Sea to the north, the Isthmus of Suez and the Red Sea to the northeast, the Indian Ocean to the southeast and the Atlantic Ocean to the west. The continent includes Madagascar and various archipelagos. It contains 54 fully recognised sovereign states (countries), four territories and two de facto independent states with limited or no recognition. The majority of the continent and its countries are in the Northern Hemisphere, with a substantial portion and number of countries in the Southern Hemisphere.