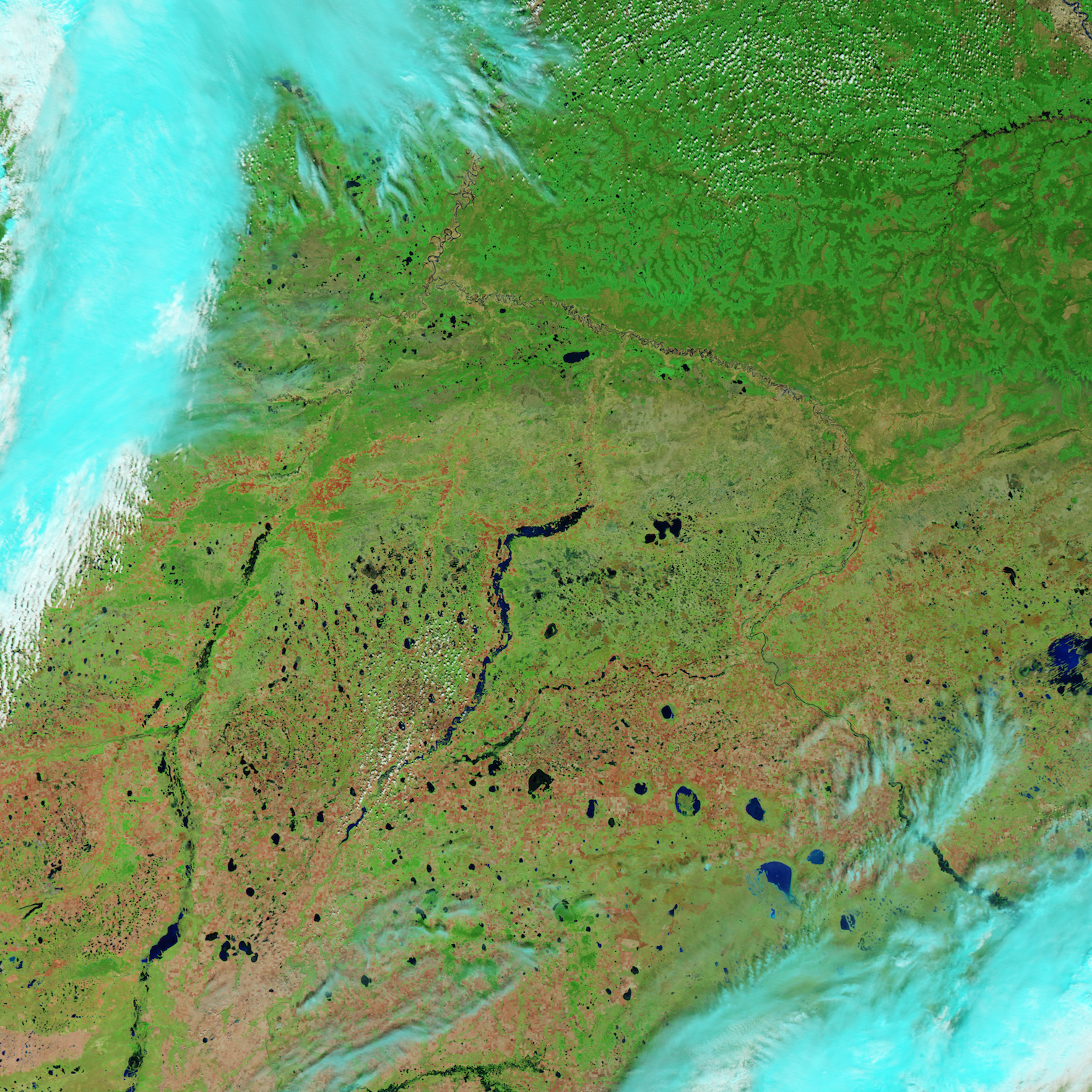 Today’s Image of the Day comes thanks to the NASA Earth Observatory and features a look at the Ishim River flooding a small town in Russia. The Ishim River floods a small Russian town therefore causing massive amounts of water damage.

This past May, the Ishim River overflowed after large amounts of snowmelt caused a dam to collapse. The flooding affected thousands of properties in the Tyumen area, according to ReliefWeb.

Ishim River (Russian: Иши́м/Išim; Kazakh: Есіл/Esil) is a river running through Kazakhstan and Russia. It is 2,450 kilometres (1,520 mi) long; its average discharge is 56.3 cubic metres per second (1,990 cu ft/s). It is a left tributary of the Irtysh River. The Ishim River is partly navigable in its lower reaches. The upper course of the Ishim passes through Nur-Sultan, the capital of Kazakhstan. In Russia, the river travels through a vast marshland for its course, and has countless meanders and oxbow lakes. The river freezes from late November until March. Also The Ishim River floods a small Russian town shown in the image about all of the greenery

This image was captured by the Moderate Resolution Imaging Spectroradiometer (MODIS) on board the Terra satellite.