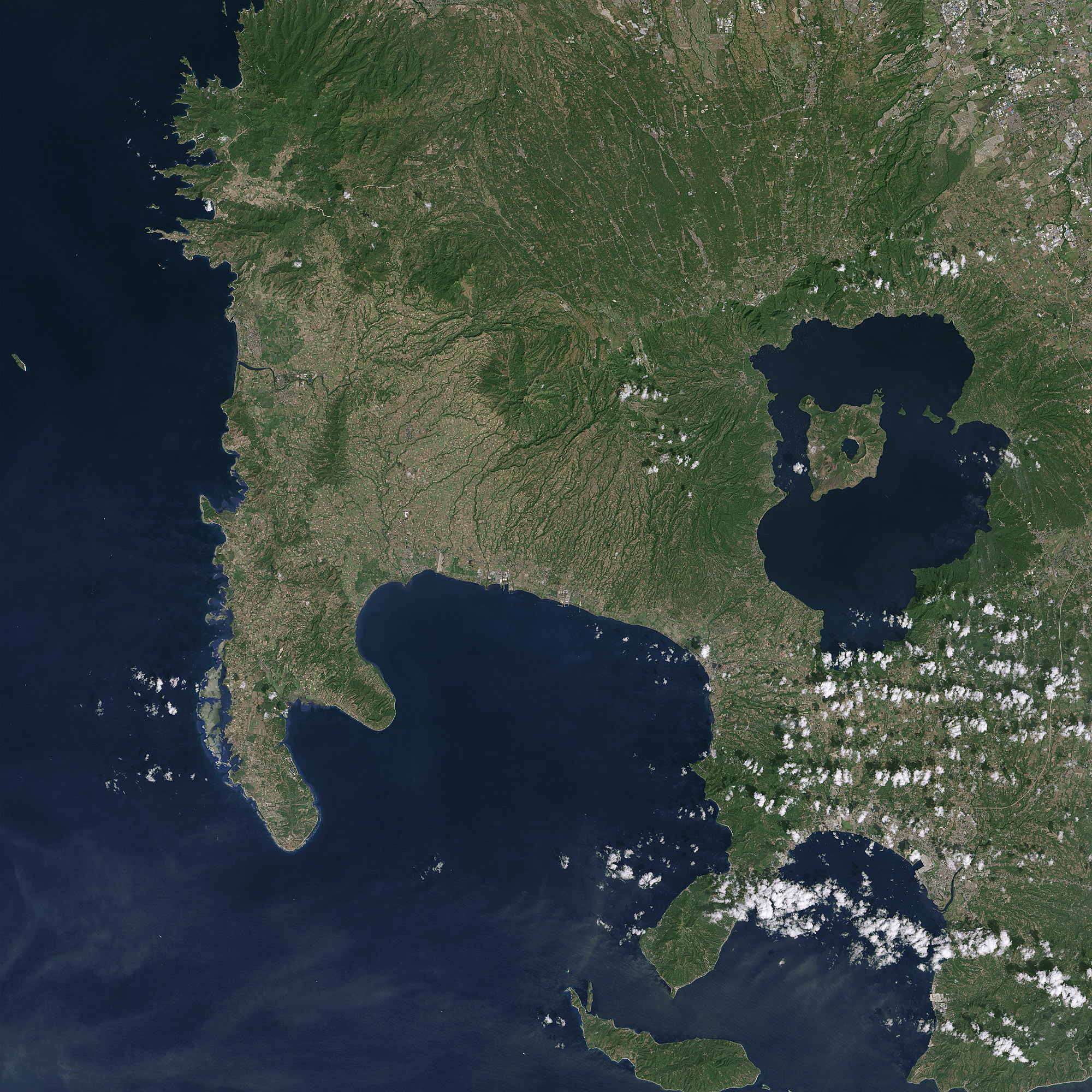 Island Of Taal Volcano. Taal volcano is complex. Instead of rising from the ground as a distinct, singular dome like its neighbor, Mayon, Taal consists of multiple stratovolcanoes, conical hills, and craters of all shapes and sizes. These features have grown together to form the 5-kilometer (3 mile) wide Volcano Island, one of the Philippinesâ€™ most volcanically active areas.

The Operational Land Imager (OLI) on Landsat 8 acquired this image of Volcano Island on February 7, 2014. The island rises from the north-central side of Taal Lake, which in turn fills the much broader Taal caldera. (Click on the downloadable large image to see this wider context.)

All recorded eruptions from Taal have stemmed from Volcano Island. The southwest side of the island was the site of a violent two-day eruption in September 1965. The eruption was a 4 on the volcanic explosivity index (VEI), which ranges from 0 (small) to 8 (one million times more explosive than a VEI of 2). Early reports noted that as much as 4 meters (13 feet) of volcanic material fell at the southwest shoreline of the island. Smaller explosions in the 1970s formed cones and craters that have since reshaped the elongated 1965 crater.

Binintiang Malaki, the largest flank cone, is visible on the northwest side of the island at the end of an isthmus. This 263-meter-tall cone was formed during an eruption in 1707 that had a VEI of 2.

In the center of Volcano Island, Main Crater Lake fills the old crater floor. But one rocky remnant of that floor still emerges: Vulcan Point, which has the distinction of being among the worldâ€™s largest islands in a lake on an island in a lake on an island. (The largest is actually a nameless isle within Victoria Island in Canadaâ€™s Nunavut Territory.)

According to the Philippine Institute of Volcanology and Seismology (PHIVOLCS), activity at Taal was reported in 2008, 2010, and 2011. Increasing seismicity, followed by a rise in temperature of Main Crater Lake, led the alert level to be raised to 2 (on a scale of 0-5) in April 2011, but was lowered again that July.