Isle of Man in the Irish Sea 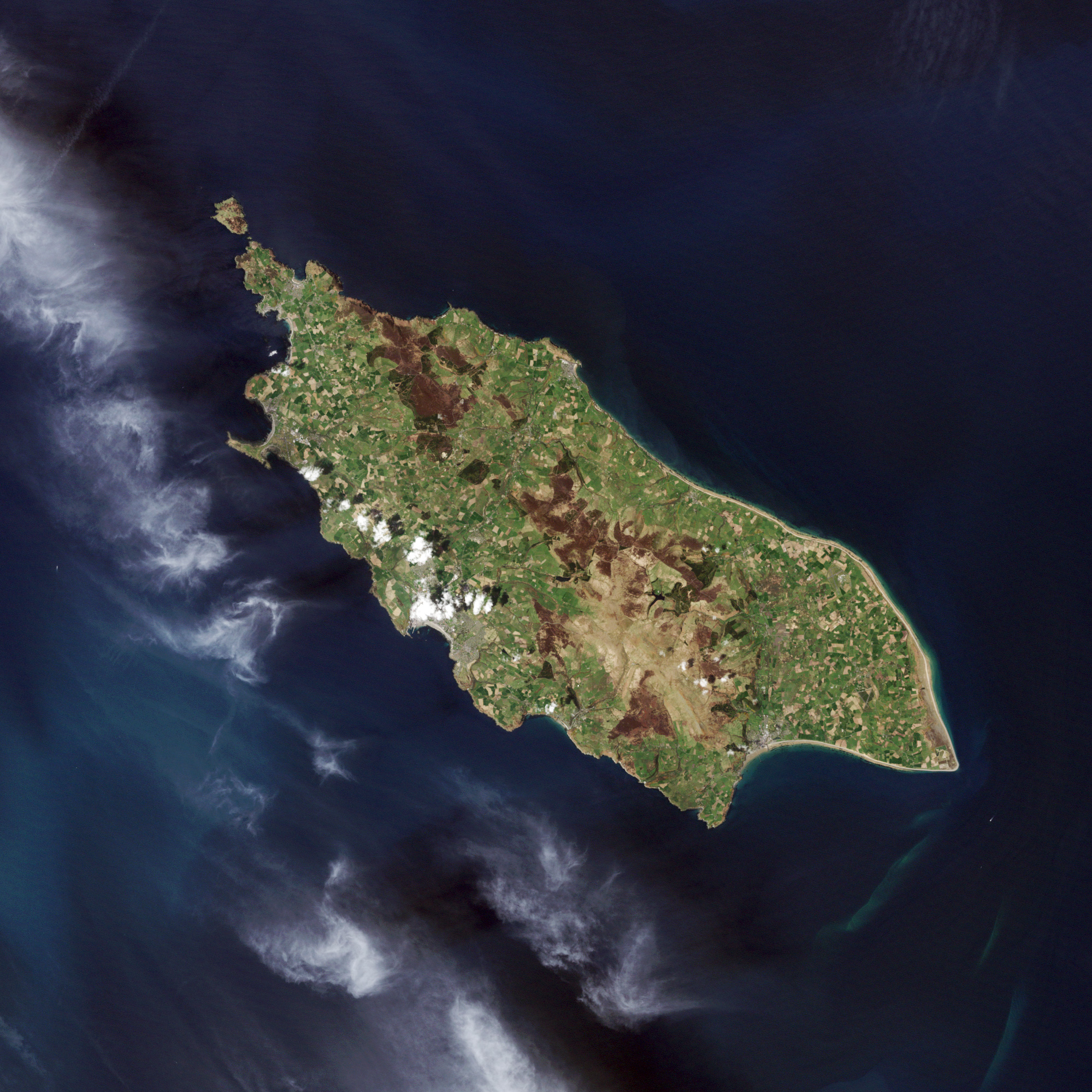 Today’s Image of the Day comes thanks to the NASA Earth Observatory and features a look at the Isle of Man, located in the Irish Sea between Ireland and England.

This image was captured by the Enhanced Thematic Mapper onboard the Landsat 7 satellite.

The Isle of Man has been inhabited since 6500 BCE and is now a self-governing British Crown dependency.

The Isle of Man (Manx: Mannin [ˈmanɪnʲ], also Manx: Ellan Vannin [ˈɛlʲan ˈvanɪnʲ]), sometimes referred to simply as Mann /mæn/, is a Celtic self-governing British Crown dependency in the Irish Sea between Great Britain and Ireland. The head of state, Queen Elizabeth II, holds the title of Lord of Mann and is represented by a lieutenant governor. Defence is the responsibility of the United Kingdom.

Humans have lived on the island since before 6500 BC. Gaelic cultural influence began in the 5th century AD, and the Manx language, a branch of the Gaelic languages, emerged. In 627 Edwin of Northumbria conquered the Isle of Man along with most of Mercia. In the 9th century, Norsemen established the Kingdom of the Isles, which included the Isle of Man. Magnus III, King of Norway from 1093 to 1103, reigned also as King of Mann and the Isles between 1099 and 1103.

In 1266 the island became part of Scotland under the Treaty of Perth, after being ruled by Norway. After a period of alternating rule by the kings of Scotland and England, the island came under the feudal lordship of the English Crown in 1399. The lordship revested into the British Crown in 1765, but the island never became part of the 18th century kingdom of Great Britain or its successors (the United Kingdom of Great Britain and Ireland and the present-day United Kingdom). It retained its internal self-government.