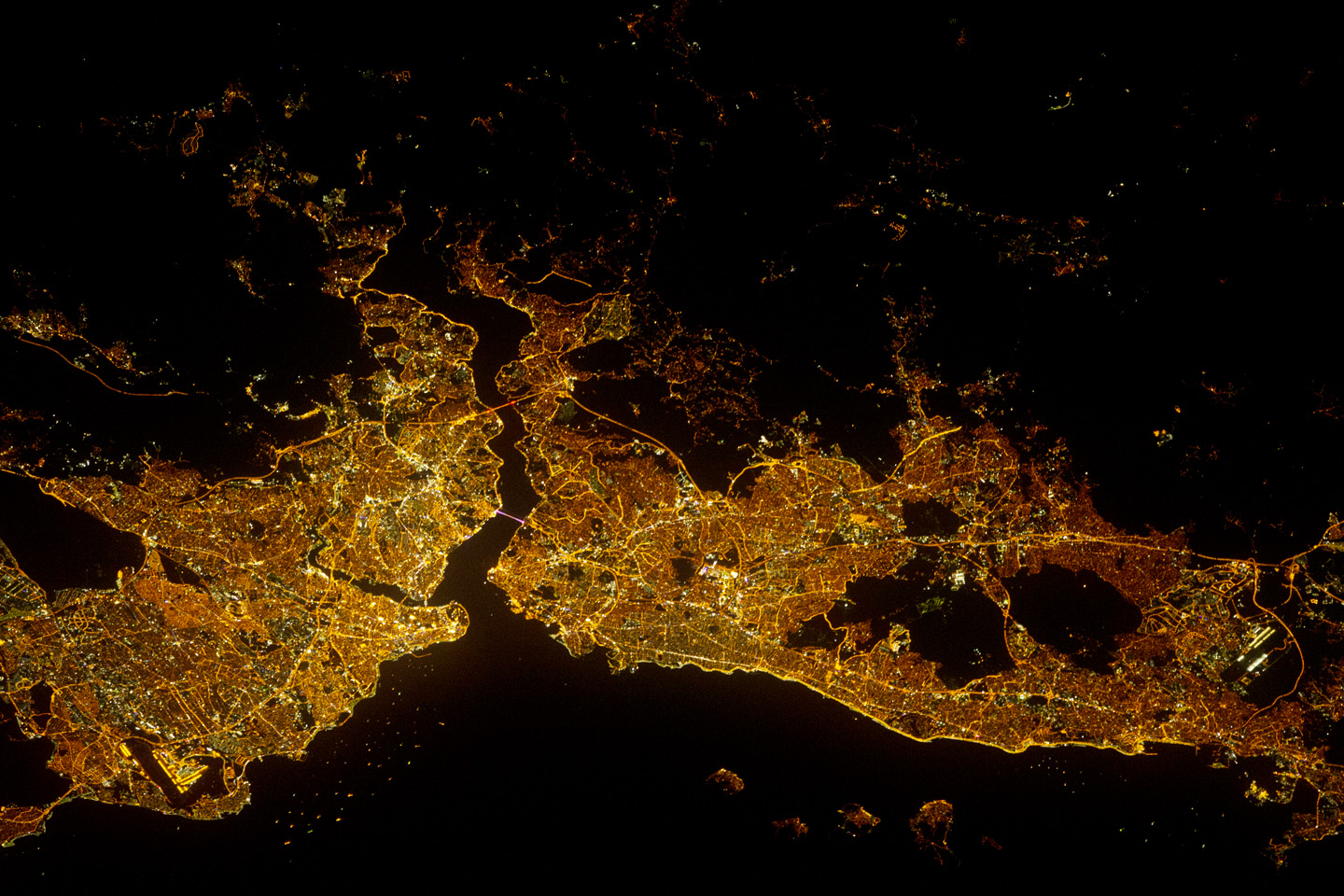 The city of Istanbul is divided in half by the Bosporus strait, which also connects the Sea of Marmara to the Black Sea.

Istanbul, formerly known as Byzantium and Constantinople, is the most populous city in Turkey and the country’s economic, cultural and historic center. Istanbul is a transcontinental city in Eurasia, straddling the Bosporus strait (which separates Europe and Asia) between the Sea of Marmara and the Black Sea.

Its commercial and historical center lies on the European side and about a third of its population lives in suburbs on the Asian side of the Bosporus.

With a total population of around 15 million residents in its metropolitan area, Istanbul is one of the world’s most populous cities, ranking as the world’s fourth largest city proper and the largest European city. The city is the administrative center of the Istanbul Metropolitan Municipality (coterminous with Istanbul Province).

Founded under the name of Byzantion on the Sarayburnu promontory around 660 BCE, the city grew in size and influence, becoming one of the most important cities in history. After its reestablishment as Constantinople in 330 CE, it served as an imperial capital for almost 16 centuries.