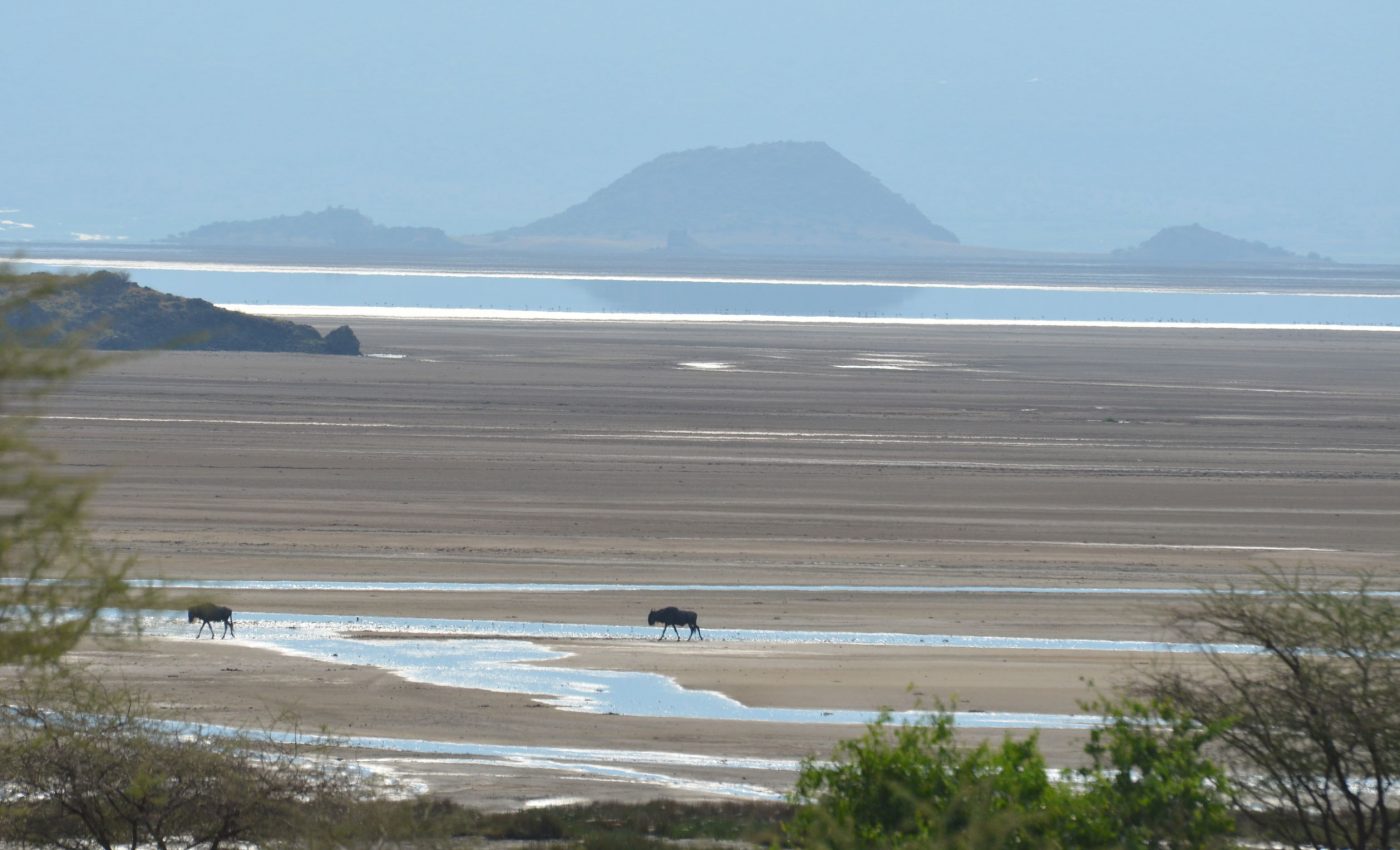 The Lake Natron Tanzania Serengeti Plain of Tanzania and Kenya dominate this image of Southeastern Africa. The savanna region is renowned for its biological diversity, especially the elephants, lions, leopards, rhinos, and Cape buffalo.

Some of the oldest fossils of early humans are also found in this area. On the right side of the image, just below Tanzania’s border with Kenya, lies Lake Natron. The unusual coloration is due to the presence of microorganisms that feed on the salts that accumulate on the lake surface and the surrounding mud flats.

Spirulina, a blue-green algae that produces red pigments, thrives in this area, and is consumed by the several million flamingoes that inhabit the region. Therefore giving them their red color. By some standards. Also the temperatures exceeding 50 degrees Celsius (122 degrees Fahrenheit) and pH values of 9 to 10.5