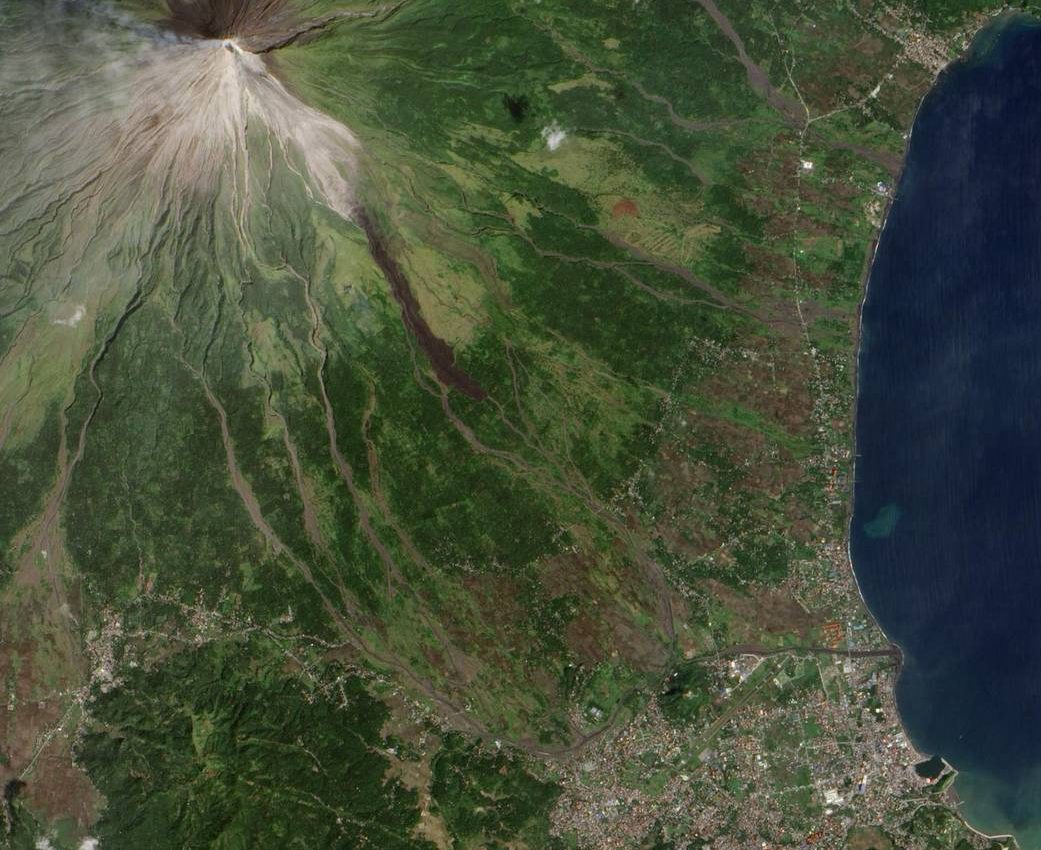 Tens of thousands of people living within the danger zone of Mayon Volcano, The Philippines  were forced to evacuate. Therefore emergency shelters in mid-December 2009 as small earthquakes. Also incandescent lava at the summit and minor ash falls suggested a major eruption was on the way. On the evening of Dec. 14, the local volcano observatory raised the alert level to Level 3, which means “magma is close to the crater and hazardous explosive eruption is imminent.”

This natural-color image of Mayon Volcano, The Philippines was captured on Dec. 15, 2009, by the Advanced Land Imager on NASA’s Earth Observing-1 (EO-1) satellite. A small plume of ash and steam is blowing west from the summit. Dark-colored lava or debris flows from previous eruptions streak the flanks of the mountain. A ravine on the southeast slope is occupied by a particularly prominent lava or debris flow.

The Phillipine Star said on Dec. 22 that “ashfall blanketed at least three towns in Albay, raising new health fears for thousands already bracing for an eruption that could come at any time … Health officials warned the tiny particles could cause respiratory problems or skin diseases, and could affect the thousands of people crammed into evacuation centers.

Also on Dec. 22, CNN reported that “tens of thousands of people have already fled their homes. More than 9,000 families — a total of 44,394 people — are being housed in evacuation camps after authorities raised the alert status of the country’s most active volcano” as “fountains of red-hot lava shot up from the intensifying Mayon volcano.”